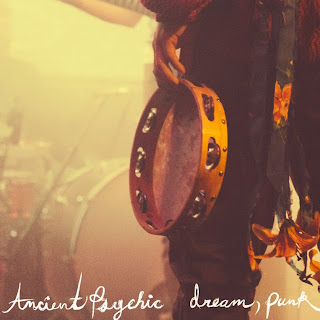 "Dream Punk" is the debut album from Boise Idaho based eight piece unit Ancient Psychic. The album opens with the title track which serves as an intoxicating intro of what's to come. The crisp guitar sounds and shifting tones throughout "Handlebar's And Pegs" set a relaxing psychedelic mood with it's layers of reverberating vocals. Things swing into a more psychotic mood as the band blast into the experimental sounds of "Trippin". "Fresh Paint" is a captivating song full of dreamy undertones. It's one of my favorite songs on the record with it's thumping bass line, jangling guitars and atmospheric flavor while the exquisite "Animal Farm" builds on a laid back lulling feel like a warm comforting blanket on a cold winters night. The album closes with the lo-fi folk driven "How Do U Wake Up". It's a fitting ending to a truly impressive record by an incredible new band. Highly recommended. 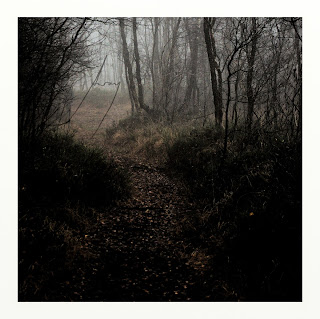 Away "Those Places" LP (awayband.bandcamp.com)

The new ten track about from German instrumental outfit Away is a highly intricate and highly calculated body of work. First and foremost the songs show off an amazing level of musicianship as everything is so well produced, played and recorded. Unlike many bands of the "Post Rock" genre these tracks are actually all under four minutes long and many are under three which allows for each track to nicely make it's statement and complement the next. My personal favorite piece of the album is "Shining Tears". It moves in an orchestral way and features a shuffling beat and some dark moving undertones while keeping things refreshingly uptempo. Other highlights include the atmospheric sounds of "A View From The Balcony", and the speedy frantic "Fragments" which makes me think what it be like if Bad Religion made a reverb drenched instrumental. A top notch record across the Board. 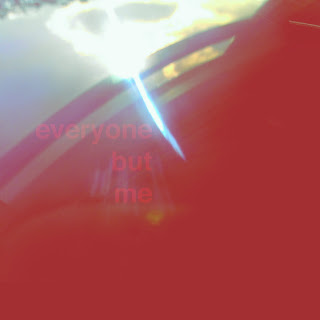 Everyone But Me S/T E.P. (everyonebutme.bandcamp.com)

Made up of Nick Bain & Jason Grady Columbus Ohio's Everyone But Me have produced a fantastic debut E.P. that echoes the sounds of classic shoegaze and dream pop bands while adding their own direction as well. "Isn't Far" is an epic seven plus minute opener full of droning guitars, hypnotic rhythms and sonic sounds that make you feel like you've woken up in another world. "Say Farewell" has an incredible sounding guitar melody that matches perfectly with the lushly textured vocals. "Just Like Anyone" takes you further and further into space with it's mysteriously captivating presence while "I Never Believed You" and "Still Not Enough" brighten everything with rays of vibrant sonic soundscapes. A breathtakingly beautiful release. 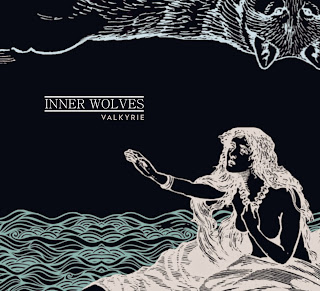 Crushing debut release from Inner Wolves that features four intense blasts of no fills guitar driven fury. It's certainly a take no prisoners attitude as each of these numbers hits with precise power. The whispering voices in "Fall From Valhalla" add to an already haunting vibe while the sonic threshold reaches new heights during "Hammer". "Muddy Lullaby" really showcases the playing of the rhythm section as the bass and drums really shine. Add in it's stellar production and you have a short, mean and to the point E.P. that's ready to destroy. 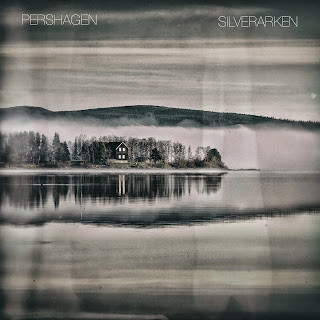 The debut E.P. from Swedish instrumentalists Pershagen is an excellent collection of grey sounding guitar based pieces fitting for a walk shortly after a midnight thunderstorm. Opening track "Hela vägen hem" is a melancholy, moody piece that shows off the ambient side of the band. It's slow moving and some what jazzy and allows a lot of room for the band to move. "Silverarken" is even darker yet more textured as it incorporates some beautiful slide playing that reminds me of Daniel Lanois. "1935" is the most epic of three songs with a bit more gritty guitar tones and some amazing dynamics. A promising effort that leaves me wanting more. 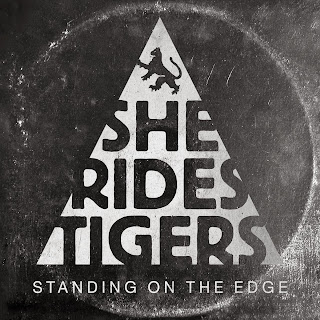 She Rides Tigers "Roll With It" Single (sheridestigers.bandcamp.com)

Chicago's She Rides Tigers deliver with "Roll With It", the second single from their upcoming E.P. "Standing On The Edge". The guitar fuzz and rock n roll swag go into high gear as the band have created their most infectious song to date. There's an undeniable groove and sway to this in the vein of T Rex, early Alice Cooper and Slade. Simply put this is an essential blast of in your face rock n roll in it's purest form.

Posted by Custom Made Music at 3:22 PM