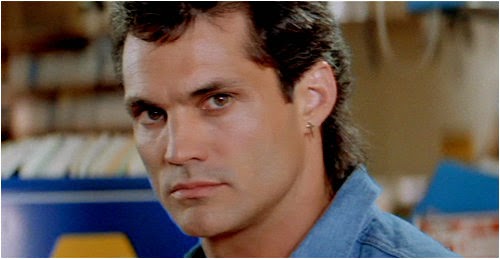 Marshal R Teague has been acting in television shows and films for over three decades. Best know for playing the role of Jimmy Reno in the 1989 cult classic Roadhouse, Marshall has also had regular roles on shows like Babylon 5 and Walker Texas Ranger. He sat down with us to talk about how he got into acting, his love of music and his legendary fight scene with Patrick Swayze.

CMM-When did you start acting and how did you first break into films and television?

Marshall-I started acting while I was a Deputy Sheriff in Tn. I was chosen to go undercover where I thus came up with the bright idea to study acting to increase my chances of getting closer with less suspicion from the bad guys. I started out with a theatre group doing Shakespeare..from that experience I caught the acting bug so I loaded my truck popped in Bob Seger and headed to Hollywood. Thankful some 30+yrs later to still be doing what I love.

CMM-One of your best known roles is when you played Jimmy Reno in the 1989 film Roadhouse alongside Patrick Swayze. What led you to be cast as Jimmy and what kind of preparation did you do for the role?

Marshall-When Road House was initially being cast they were looking at Scott Glenn to play Jimmy Reno. Scott decided to pass on the role. So a friend of mine, Barry Delaney (Head of Wardrobe Dept.) recommended me strongly. Production brought me in for the interview and I left with the role of Jimmy. As far as preparation for the role, physically I had trained a good bit of my life in the martial arts so that aspect came naturally for me. As for the character itself my law enforcement background contributed greatly on many levels. 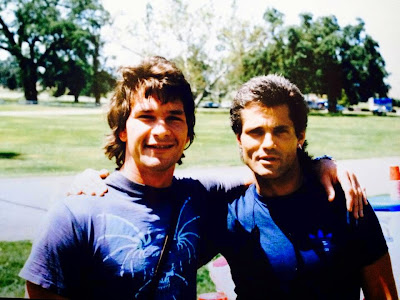 CMM-How long did it take to shoot the epic fight scene with Patrick? I've heard you all really went for it and both of you where roughed up a bit.

Marshall-The big epic fight scene took place in the first two weeks of filming. We both agreed to not have stuntmen. Patrick and I had not spoken a word to each other. He didn't want to be my friend and I didn't want to be his which made the fight even more real. After the first few blows were thrown we both realized this would be a fight like no other so needless to say we didn't pull any punches. Five nights and 5 1/2 hours a night...We had done the fight 72 times. We were both bruised, he had cracked ribs and I a cracked eye socket. The fight has made movie history and has become a cult film. I made one of the best friends a man could ask for, and I miss him everyday.

CMM-The New York Post recently published an article about the NYPD using Roadhouse as a way to teach their officers to "be nice". Did this totally catch you off guard and could you see it being used to benefit the demeanor of police departments across America?

Marshall-I must admit that the New York Post article regarding the NYPD using Road House as a teaching tool did catch me a bit off guard. However having been a Deputy Sheriff I realized that officers of the law are met daily with situations and personalities that need to be defused. One of the best defenses is to treat each and every one with respect and professionalism which in many cases works for all concerned. The other side of that is..be nice until it's time not to be nice.

CMM-I hear your also a singer songwriter and released an album called "The Steps I Took". When did you start making music and what was it like making the album? Do you have any other songs or recordings in the works?

Marshall-I started writing songs around 1990. Primarily about different aspects of my life, and people that I met that made me pause and notice life in different aspects. My CD 'The Steps I Took' was my first venture into compiling those special moments and people. I was fortunate to have collaboration from various performers such as Emmylou Harris on one of my favorite songs 'Part of the Healing',some members of The Nashville Brass in 'Last Light out of Town' My music is realizing a dream..As for future recordings I'm still writing songs and look to record them at some point.

CMM-Who are some of your favorite bands and singers?

CMM-You played multiple roles on the hit TV show Walker Texas Ranger. Which of the characters was your favorite to play and do you think we will see you working with Chuck Norris again sometime in the future?

Marshall-My favorite role on Walker Tx. was 'The Final Showdown' a 2 part western/modern day flashback. The character was named Lavocat. It was the final show in the series run. He was truly a nasty human, that didn't go down easy. As for working with Chuck Norris again, well..you never know. There are some rumblings but we will see.

CMM-What are some of the new projects you've been working on recently?

Marshall-I have been staying busy lately, I finished a film called 'AmeriGeddon', just prior to that a film called 'Road to the Well'. Last year also brought a film called 'One Heart' based on a true story, and a personal favorite TV show 'Criminal Minds'. I then had the honor to work on Oscar winner John Ridley's 'American Crime' that currently can be seen on ABC. The show titles are simply called episode #108 & #109 that will be airing in the next several weeks at a pivotal point in the story line.