Inside The Mind Of Crooked Maw's Christian Klump 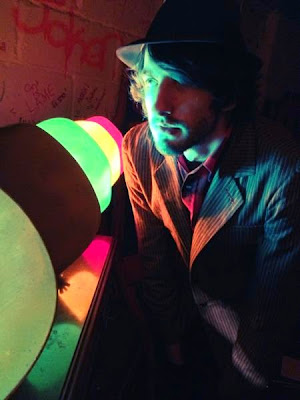 Born with one ear, Crooked Maw(Christian Klump) has taken a disability and manifested it from music appreciation at an early age to a life long passion. Hailing from the rising music scene in the city of Evansville, IN, Crooked Maw became what it is today from various house parties hosted by other local artists to venues catering to musical acts like Harley Poe and Hip Hop artists like Blueprint. We had a chance to sit down with Christian to talk about his debut album and what inspires him to make music. Check out the video for "Celestial Swandive" and read on.

CMM-What's your first musical memory. What where the first music artists you heard as a kid and what drove you to want to play music?

Christian-Well if you want to go way back in my childhood I was super into the Pretty Woman Soundtrack. I would have my mom rewind the cassette to Go West’s “King of Wishful Thinking” on repeat all the time. It drove her mad. I had really bad music tastes as a kid. It wasn’t until Randy Rhodes of Ozzy Osborne and Jimmy Page of Led Zeppelin to realize the finer aspects of music and those two ultimately got me into picking up guitar. It wasn’t until I got out of my classic music phase that I started getting closer to my generation of music again. From that I discovered my favorite band, Wolf Parade and I was never more jealous to be in a band than what those guys were doing. Trent Reznor of Nine Inch Nails was what made me go from just a kid playing guitar to producing full tracks that I do now. I was blown away by how he could have composed such great songs just on his own and it gave me the courage to dive deep into my creativity to harness my sound.

CMM-How did you pick up playing synth and guitar and what players led you into the direction you've gone when it comes to your playing?

Christian-First I started on guitar at 13 and only thought thats all I should and could do. I imagined that if I got good then I can be in a band. Once I realized that making a band was hard if there is no one you can find to play with. So I became curious with the synth thanks to Gary Numan, Kraftwerk and Skinny Puppy. It seemed that the Synth was the catalyst that was keeping the composition together in these bands that gave me the inspiration to tackle synths as a foundation in music creation. I thought that the New Wave sound was all that I could comprehend as far as a musical outlet for synths. It wasn’t until I heard Siinai, Georgio Morodor and Vangelis that really opened my eyes at the possibilities I could obtain with it. Naturally guitar would fit in the mix because I was more proficient at it than the synth but the synth gives me the backbone to work with. I got my guitar style from learning the blues from the old bluesmen in New Harmony, IN. They taught me to be just some tweeked out sugar rushed induced kid who just wanted to rock out to an adult with a wider range of playing and an ear to fit in with other musicians as they are playing. I most definitely have my admiration and praise for what those guys were able to do for me in my musical journey.

CMM-You just released your debut album. What was the song writing and recording process like.

Christian-The process of producing my album was just nothing but musical whirlwind. Ideas just flowed on and on. A lot of the songs on the album were influenced by the countless jams I had over the years with fellow musicians that were able to develop my ear to interesting riffs and melodies. I was living with my roommate at the time who was a fellow musician. He would always see how I was coming along and gave me feedback on what I was making. Surprisingly he never had any major critiques of it and just told me to just get it out. All that time of wanting to make music finally erupted into what this album is today. 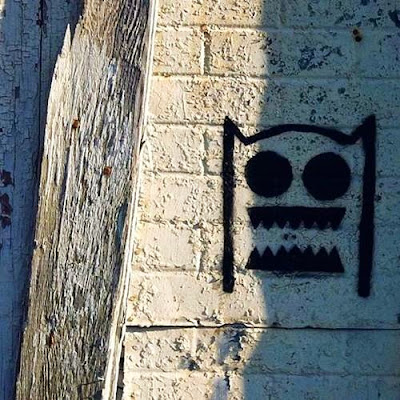 CMM-What was your gear and recording set up like for the album?

Christian-I used Logic Pro X for most of the production, Synths and Drums. I have a Akai MPK Mini midi controller that I use for the synths for its portability and size. My main guitar is a Fender Jazzmaster, my amp is a Vox AC30 and guitar pedals, the Boss ME-50 and Boss Loop Station. As for the recording, I went through a cheap M Audio USB audio interface and everything else within Logic.

CMM-You recently did your first live show. what was the reception like and will there be more shows soon?

CM-I had a release party show at PG in Evansville, IN. My favorite place to play where I frequent ever since they opened. I pulled all the stops to make my first major show spectacular. I had a projector and my iconic traffic light on the stage with me. Everyone I knew and talked about my music was there, anxious to hear what I been doing for so long and finally perform it. The moment I finished my first song the room electrified. Everyone was blown away by the presentation of the songs and delivery of the performance. People were starting to filter in as it was rearing close to the headliner and were giving positive energy to the music. There will be a show in the works with some fellow artists in town at PG later in early August and later in September. July 28th will be the most recent date for a show at another local venue in Evansville called Lamascos which is always is a blast and unexpected in how wild it can get. I am really excited for both shows coming up. 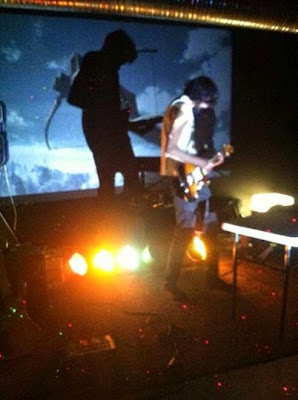 CMM-So I find your music to be quite soundtrack like. If you could do a score for a film what type of film would you want it to be and who would direct it?

Christian-I always wanted to do a noir film. Ever since I watched Drive I've been hooked on the Neo-Noir vibe. Doesn’t hurt that soundtrack kicked ass. David Lynch would be interesting to direct my score. I just feel that he would leave a lot to the imagination. I’d also have to go with just Nicolas Winding Refn because he is most relevant as of now. Of course it’s any trippy musicians dream to have Alejandro Jodorosky take their soundtrack in some way.

CMM-What inspires your songs? How do most of your ideas for them come together?

Christian-How I keep making music is all thanks to the musicians that are around me. They all add their own flavor to their music which sometimes I forget to realize. I am always drawn into the melodies that can just strike a chord to your heart. Always put in mind, If someone is just staring up at their ceiling listening to my music. I want to get lost in it as they self contemplate about themselves as I am just the vehicle fueling conscious thought. I want people to go on about their day and have my music fit so close to their lifestyle that it doesn’t seem intrusive at all in their day to day routine. It all starts off If I want the song to be more guitar focused or synth focus. From there I know how many instruments I would need. What kind of drums to use and how long the song should be. I find that its all about putting it down somehow and if I don't feel it now will always go back again later on to see if my ear catches something new about it.

CMM-So what's the next step for Crooked Maw? Any plans to play outside of Indiana soon? Any new material in the works?

Christian-I am hoping to play out of Indy and spread around Kentucky and Bloomington, IN. So far new material is coming along very nicely. I am way ahead schedule with material. I want to make the album more guitar focused. Its where I really flourish on stage and creatively. So far everything I got recorded is just seamless from track to track. It even makes me want to do a concept album. We shall see very soon!

Posted by Custom Made Music at 7:57 PM