An Interview with Todd Huth of Porch 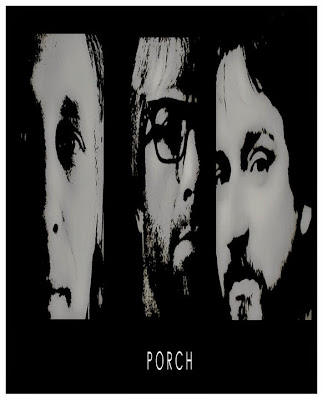 Oakland California's Porch was started in the early 90's by Guitarist/Vocalist Todd Huth. He is joined by x- Todays The Day bassist Christopher Frey and drummer Michael Jacobs. To celebrate the bands new release on Custom Made Music (a four cassette collection featuring all of the bands recordings from 94 to the present)we sat down with Todd to discuss the bands history and the bands most recent album "Walking Boss".

CMM-So tell me about your most early musical inspirations. What was the first rock n roll music you remember hearing as a kid and what inspired you to play guitar?

Todd-When I was around 7 or 8 I found my mom and dad's "Beatles White Album". I listened to that about a million times until the ceramic needle ate through the record. So I picked up a guitar.

CMM-How did you meet Les Claypool and what led to the two of you forming Primus?

Todd-In high school Les and I new each other through the local music scene. Sometime after we were both working on our own ideas. Hooked up and it worked.

CMM-What led you to team back up with Les for the Sausage album?

Todd-It was Lesse's idea more than anything. When I left Primus it wasn't because of a lack of creative inspiration or bad blood. Sausage was just for a good time and good music.

CMM-At what point did Porch officially form and what was the mindset you had going into making the first batch of songs with Chris and Dave?

Todd-Dave and I met a couple of years after I left Primus and at the time we were playing with Jeff Palmer on bass. Things really started clicking when Chris came on board. The best way to explain the mindset would be, Dave was coming from "Samiam", Chris was coming from "Today is the Day" and I was coming from "Primus". Porch was a melding of those styles.

CMM-With the Bay Area having such a significant history in rock n roll music what would you say the local scene was like when Porch 1st started playing out?

Todd-In the 90 's most of the scene was in San Fran if you wanted to see underground music In the bay area. Now it seems like Oakland has a stronger underground scene. Of course now people have more access to what a band is via Internet. In the 90 ' s people were wandering around looking for good music.

CMM-You all released the "Expectorant" 7" single on Alternative Tentacles in 93. What was it like to be involved with such a prominent label.

Todd-It was cool to be on Alternative Tenticles. They were the ultimate in underground labels. I remember wondering why they would want us. We're not very political. And we didn't really associate with a hard core punk crowd. I'm still glad it happened because of the people I met who were involved. 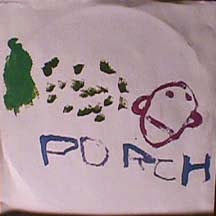 CMM-You all's debut album came out the next year. Alternative music was certainly at it's peak in 94 and you guys we're working with Prawn Song/Mammoth at the time. Tell me what that was like and the state of the industry from your experiences back then.

Todd-When we went with Prawn Song/ Mammoth, things sped up a bit. Touring and all. Most was fun. If it wasn't for the creepy people who slip and slide trying to own everything it would have been terrific. 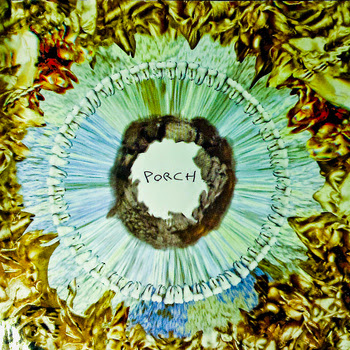 CMM-There was a lengthy gap between albums. What all went on between the first record and 2011's "Givin Up"? What led to Michael joining the band?

Todd-After Porch, Mike and I hunkered into a studio for about 5 years just writing material. We wrote tons of stuff but didn't finish anything. We went our ways to do other projects. I always figured we would piece this music together some day. One day Mike called and asked if Chris would come out and help us put it together. I figured only befitting to call it Porch. 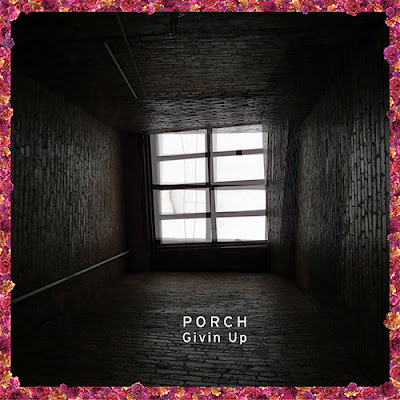 Your most recent release "Walking Boss" was recorded with Tim Green at Louder Studios. What was working with Tim like and what was the atmosphere like during the sessions?

Playing with Tim was great. He was the fourth member. He has a great ear for knowing what take was shit and needs to be redone. What's cool about Louder is its in the country and there are sleeping accommodations. Party! 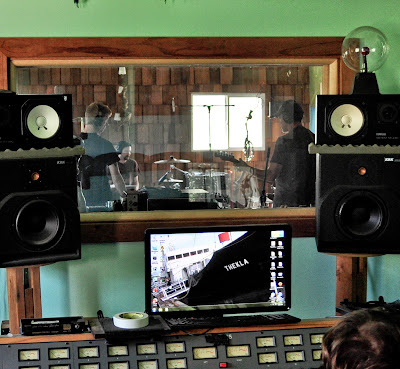 What does the band have planned for live shows over the next few months? I hear there's talk of you all's 1st overseas trip.

What would be the "Holy Grail" of bands to share a bill with?

I think right now I would love to do some shows with Oxbow. Amongst others.

Any plans for new recordings, future projects etc? I hear you all are looking to put out some self released vinyl pretty soon.

We're currently working on the next Album. I'm looking forward to going into the studio with this one. It's not going to be like the other Porch albums. In the meantime were getting Walking Boss pressed to vinyl. 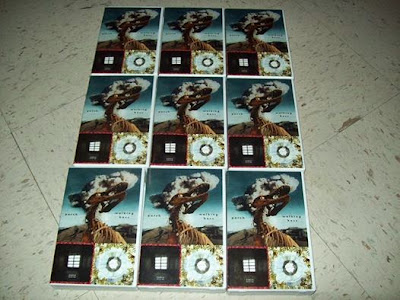 Posted by Custom Made Music at 6:24 PM