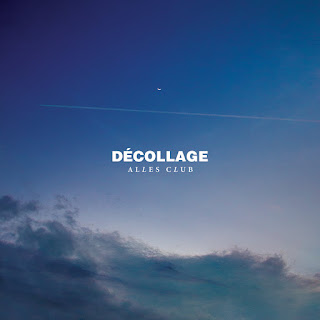 Brazilian-Swiss shoegaze/post rock band Alles Club have released one of the most inspiring LP's I've heard in a long time. The galloping drums that kick off the title track welcome you to a colorful and inspirational world of sound. Soon a symphony of guitars and atmospheric textures fill the speakers while a wash of hypnotic samples round out the sound even more. The faster paced "Quanto Tempo" focuses on Nina Hübscher's incredible voice while "Libélula" is more laid back and psychedelic. "Voando" has a guitar sound reminiscent of "Daydream Nation" era Sonic Youth. It's a really uplifting and fun song to listen to and I find myself going back to this one again and again. "Madrugada" is pure shoegaze as it's layers of reverb drenched guitars and looming bass line are as haunting as they are beautiful. Eventually everything leads to the absolutely stellar sounds of "Canção da Volta" which is highlighted by Isabel Oliveira's stunning vocal delivery. This song explores aspects of jazz, trip-hop, ambient music, classical, experimental and rock all into one song and it's truly amazing. Overall a remarkable achievement for a band that deserves for their music to be heard, enjoyed and respected all over the world. Top LP of 2018. 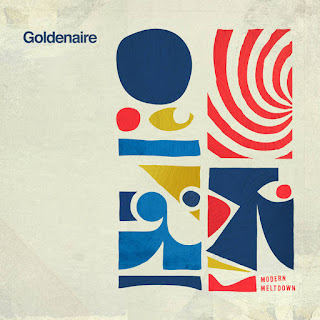 Goldenaire show off their amazing musicianship and song writing skills on this new four song E.P. The production, playing and energy levels are all top notch and the songs are all in the two to three minute range so it keeps things moving along swiftly. "Flip Side" is full of melodic, swirling guitars that combine shoegaze nuances with driving rock n roll riffs almost like MBV meets "Repeater" era Fugazi. "Laser Beam" is a hard hitting number that features the intensity of drummer Jeff Meyers alongside Derek Zglenski's rolling bass lines while "Golden Air" has an underlying 80's feel to it that I really enjoy. Vocalist/Guitarist Matt Hanemann shines throughout the entire E.P. but I think my favorite of the four songs is "Nor'Easter" as it channels the likes of The Replacements and Husker Du but with a more atmospheric approach which puts a refreshing spin on it all. I really can't say enough great things about this record. Get into it!!! 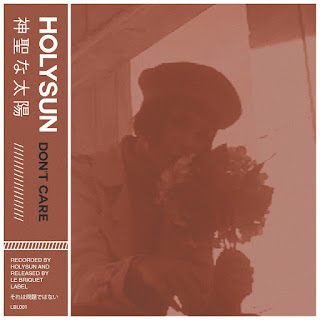 Madrid's, Holysun recently dropped this amazing new single and I can't get enough. It's electronic beat, melodic base line and highly textured guitar riff blend together perfectly with the matter of fact style vocal delivery. Truly inspiring in every sense of the word and just as infectious. Hoping to hear an E.P. or LP from this project in the near future. 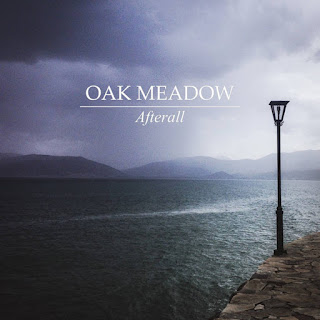 Oak Meadow is the brainchild of Boston musician Brian Hennessey. The beautiful guitar based "Concord" really gets things going with it's uplifting spirit and colorful presence. The marching pace of "Set Sail" has a very anthem like feel while the hook filled "Giants" showcases vibrant melodies and glistening undertones that radiate with beaming energy. Other highlights include the keyboard based "Moving On", the though provoking "Away We Go" and the breathtaking "Afterall" which ends with a sea of ambient vocals that really capture what Oak Meadow's sound is all about. High recommended. 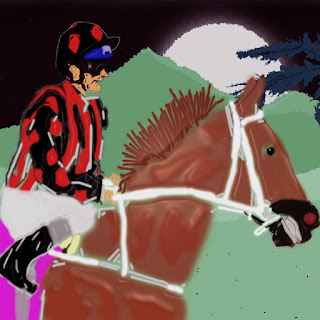 Oceanside, California shoegazers RUNSDEEP offer up an impressive batch of songs on their latest E.P. "Return To Form". Opening track "Traders" is driven by a gliding guitar riff and shuffling rhythm that creates a rich, hypnotic effect. "It Knows" also moves in a similar direction but with a little more swagger and hook. It's the type of song that has you humming along by the second verse and I really enjoy the dynamics and tempo changes they create here too. "Been Speeding" has a driving intensity to it while "Sing To Sleep" really mixes it up with an array of fuzzed out guitar sounds and lush atmospheric vocals. Everything winds down with the lulling sounds of "Letting Go" which closes things out in fine form. A truly brilliant E.P. that leaves me wanting more. 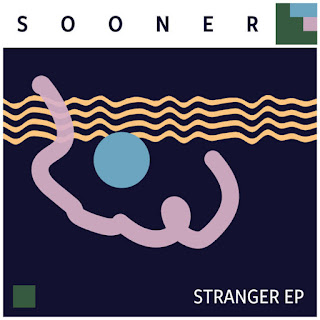 Led by Federica T's delightful vocal delivery, Brooklyn based band Sooner deliver six highly enjoyable tracks on their second E.P. "Stranger". Opening piece "Humid Air" is full of angular riffs that are backed by a pin point rhythm section. The shimmering sounds of "Notes From The Underground" and cinematic tones that make up "Mean" keep you on your toes while "Breathing" and "Lilly (Regrets)" are highlighted by the intricate and blissful guitar sounds that flow through them. At times the E.P. comes off like a soundtrack to a mini series, where each song would be featured in a specific episode. The songs all have their own unique personality but also mesh together to tell a cohesive story in the perfect way. Overall a very promising record that's colorful, hypnotic and warm.