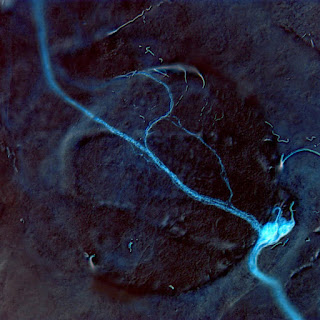 Los Angeles based Bokonon make swagger filled hypnotic rock n roll that's down right infectious. From the first notes of "Wayside" you can tell you are in for a wild ride as the music seems to levitate and glow as it pumps through your speakers. The cinematic tones of "Anomaly" have an undeniable haunting feel to that make the track perfect for late night drives down an open highway. The melodic, mysterious flair of "Fade" makes it one of the E.P.'s standout tracks while the rolling bass lines and pin point drumming that flow throughout "Voices" and "Relapse" sound absolutely stellar. Another thing I have to say about this record is just how well recorded it is as the production really captures all of the magic, power and underlying nuances that make this band great in the best way possible. A++++. 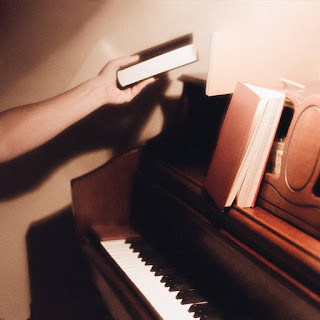 Made up of Minneapolis musicians Brett Carey and Jordan Wipf, Calvin Heights new album "Talented Sun" is one of the best and most complete albums I've heard in a long long time. Many times a reader will see a review of a record that's talked about in a really positive way and ask the question "Is it really as good as this person says it is" and the answer is YES. The songs are so well crafted and so well produced to the most minor detail it's fascinating. Beginning with the psychedelic fueled "Man Of Your Dreams" the duo channel what sounds like haunting spirits throughout the track as it's hypnotic bass line and matter of fact vocal delivery draw you into an otherworldly experience. "Clouds" incorporates aspects of shoegaze along with indie folk to create a beautiful blend of sounds that are blissful and lush. The song is also full of toe tapping hooks that make it stand out even more before the track dives into a wash of ominous sounds leading to the tripped out darkness of "Seasons Change". "Wasted Sun" is a delightful track with a light pop sensibility that wouldn't sound out of place on something like The Beatles "White Album" while the percussive guitar tones of "Cold As Your Flowers" really adds a cool aspect to things. There's an evil, tense style attached to " Era Vernacular" that showcases some much appreciated "tension" in the album. It's simple riffs are played out in such a way that it really makes you feel like the moment in a horror film where something crazy is going to happen. This gives way to the uplifting spirit of "When You Think Of Me" which radiates with elegance and beauty. It's powerful chord structure and soothing vocals really make it an amazing song. In the end what you have is a landmark album that showcases a band at the top of their game. This is a complete album that's focused and even though it's got all kinds of different moods and sounds going on it really works as one piece and gives the listener a full album experience as the songs really gel together in the most perfect cohesive way. Do yourself a favor and take the time to immerse yourself in this truly amazing listening experience. 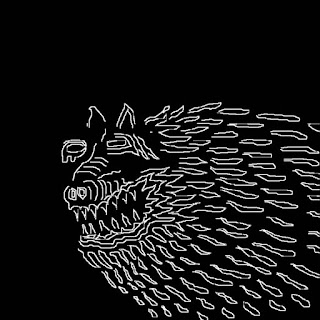 Raleigh, North Carolina's Girl Werewolf blast through six tracks of high energy, high grit, riff driven rock n roll. Opening number "Burning Knee" is full of high gain, distorted guitars, galloping drums and a gruff yet soulful vocal stance. "Kobald" has more of a garage rock feel that's backed by a rich psychedelic groove, while "Null Elemental" adds in a twist of sludge like, sonic doom. The menace continues with the absolutely relentless "Tasty Rigor". It literally sounds like the vocals are ripping out of the speakers and coming to attack you. Next thing you know the band switch gears into the surf/garage rock feel of "Covenold" before slamming the door shut on this E.P. with the spacey psychedelic sounds of "Morlock". Overall this is a pretty spectacular collection of heavy sounds with some 60's garage rock tones thrown in for good measure. It's dark, it's aggressive and intense and comes highly recommended. 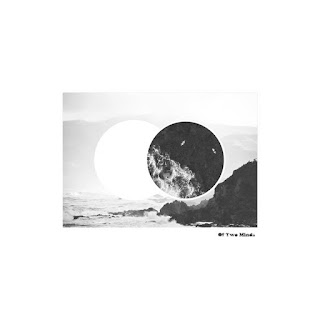 Loving this debut four song E.P. from Of Two Minds out of Columbus Ohio. The record is full of insane "chops" as these guys really shine out with top levels of musicianship from beginning to end. "Never Went" starts things off with it's insane drumming attack and jazz like guitar and bass structures. It literally keeps you guessing as to what will come next as this track has multiple moods and modes that jump at you out of nowhere. "Snowset" has a few more pop elements to it that give it a nice catchy feel that reminds me a little of Minus The Bear while "Paint By Numbers" brings elements of angst and grit to the mix and gives even more diversity to the bands sound. Everything winds down with the sonic array known as "Sunny Duality". It's like a complete collection of all of the bands best aspects rolled into one as it really shows off just how brilliant this group is. I really can't say enough great things about this record and I can't wait to hear more from this amazing new band. 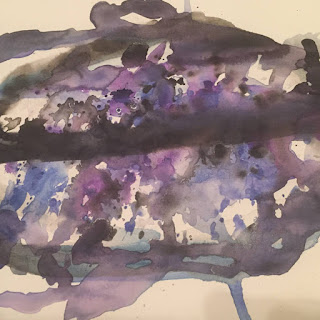 Based in Portland, Slemenda have just released one of the most impressive ambient/experimental E.P.'s I've heard in quite some time. Starting out with a lulling four minute intro things quickly move into the deep, rich cosmic tones of the E.P.'s title track. It sounds like a space explorer who has just reached a new undiscovered planet and is floating elegantly over top of it's atmosphere. "Dreamer" has a more hypnotic effect and brings in layers of whispering voices, peaceful yet metallic sounds and an array of subliminal tones that are inspiring, introspective and warm.This brings us to the dream like presence of "Reprise" which is a hazy mix of low frequencies, distant ghost like melodies and underlying voices that eventually give way to the errie "Outro" that sends this record off in fine form. A truly remarkable achievement. 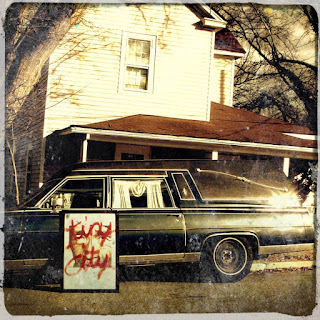 Charlotte North Carolina's Tiny City blast through this hard hitting four song E.P. of no frills rock n roll songs with authority. You will hear elements of Big Star, The Replacements and Wilco here as there's also an underlying country/folk feel to much of these songs. "Oh My" is impactful and to the point and has a fun rock n roll shuffle to it. I could see this song being a good fit for Stiff Records back in the late 70's. "Cinnamon" has all of the aspects of an anthem as it's energetic chorus and infectious guitar leads are simply second to none. "Vision Is Real" and "Tiny City" have a very distinct 80's feel to them that also echoes the spirit of classic Roxy Music. Overall a very refreshing release that's as hard hitting and relentless as it is catchy. Get into it.