"Underground City" : An Interview with Sam Nicholas of Corrections 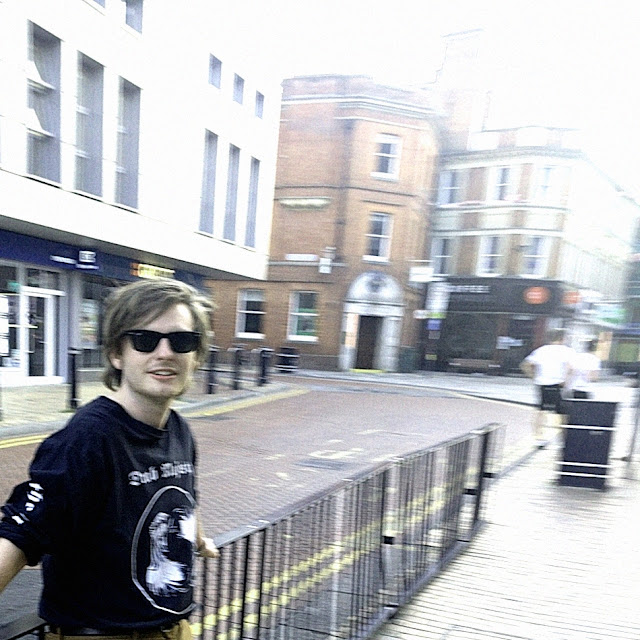 Corrections is the brainchild of musician/songwriter Sam Nicholas. Born and raised in Australia Nicholas is now based in London and his latest album "Birdsong" features nine stellar tracks that incorporate lush ambient soundscapes , pulsating synths and angular guitar tones alongside Nicholas incredible songwriting. We sat down with Sam to talk about his earliest musical discoveries, the scene in London, his love for Luca Guadagnino films and the making of the album.

CMM-What were your first musical memories and what bands/artists made the biggest impact on you as a musician?

Sam-Waking up in the morning when Napster was at its height and listening to ‘Into the Void’ with visualizations through Windows Media Player. Interpol are a huge influence, especially Paul Banks’ lyricism and delivery. Also a massive Fleetwood Mac fan, which always helps.

CMM-When did you start making music and what drove you into the musical direction that makes up your sound?

Sam-I wrote my first ‘proper’ songs in 2017 after listening to Beach Fossils too much. Before that I was writing and recording a song a month. Most of these tracks have thankfully disappeared.

I’d certainly consider myself a bit of an auteur. All elements of the music should have something in common, visually and sonically, and nothing should seem out-of-place. I never switch off, and I document most of my experiences in some way or another. ‘Birdsong’ is the first time I’ve produced something with a clear purpose, which I attribute to my desire to cultivate a more solid aesthetic, and treat it more like a job rather than a hobby.

CMM-What was the writing and recording process of "Birdsong"  like?

Sam-I started writing ‘Idolatry’ when I was recording my first album. I haven’t stopped writing since ‘Idolatry’, so the recording process has been much more streamlined. The sounds and ideas that have been floating around in my head for the last year have been carefully chosen instead of instinctively thought of as ‘complete’. I did a lot of cutting, which is what all the great artists do. If you’re not being hard on yourself, you’re doing it wrong.

CMM-Any particular gear you used in the making of it? (guitars, pedals, amps, recording gear etc)

Sam-Too much to name. I focused mainly on recording techniques instead of purchasing more gear. If I had to choose, I’d say the most important pedal was my Sansamp GT2, which allowed me to create a more authentic guitar sounds without bothering my neighbors. My iSK DM58 microphone would be a close second, for sentimental reasons.

Sam-It would be a Luca Guadagnino film set in rural Australia during the 1980s about a solitary and often misunderstood man who discovers meaning in the mundane, and the importance of remaining open-minded as you age. A hybrid of ‘Amour’ and ‘Wake In Fright’, only more vivid.

CMM-How do you see the state of the music and art scenes in London these days? Who are your favorite local bands and what venues do you enjoy performing in and seeing shows most?

Sam-East London is certainly the place to be. There are tonnes of great acts coming out at the moment. Comte St. Gemain is up and coming, along with Slowcoaches and The Agnes Circle. The Shaklewell Arms is my favorite place to hang out, along with the George Tavern and The Victoria Dalston. All cracking venues.

CMM-What direction do you see your new recordings moving in and what do you have planned for a follow up release?

Sam-More visceral and energetic. Already gotten to work on a few tracks, which are sounding much dirtier.