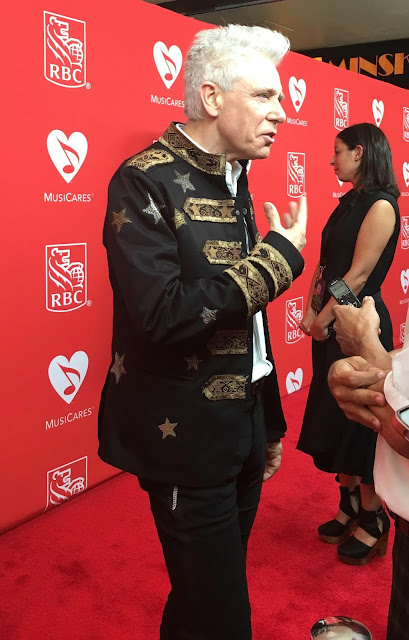 U2's Adam Clayton received the Stevie Ray Vaughn Award from MusiCares and The Recording Academy on June 26th at The PlayStation Theater in New York City. MusiCares provides a safety net of critical assistance for music people in times of need. The award is given to musicians who have helped other musicians struggling with addiction. Clayton who has now been sober for 19 years started his speech by saying "I’m not used to achieving anything on my own…this is very unusual!” 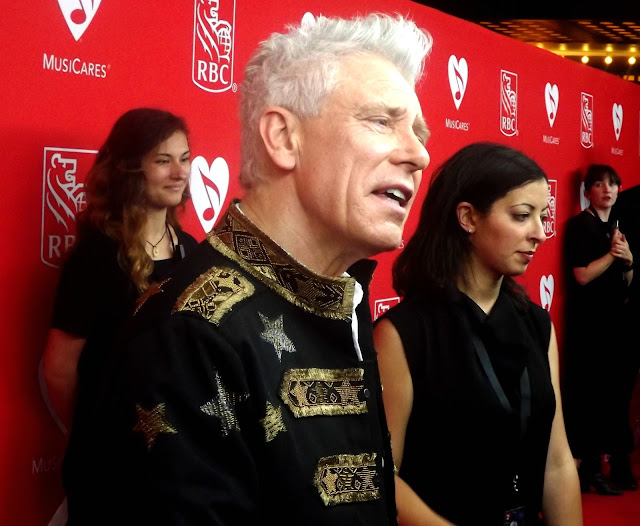 Clayton talked about getting help and encouragement when battling his way through addiction from rock legends Eric Clapton and Pete Townshend. After two significantly long benders he received a call from Clapton who told him enough was enough. “He didn’t sugar coat it. He told me I had to change my life and that I wouldn’t regret it,” said Clayton. “He gave me the name of a treatment centre and the power to make the call to them.”. Once in treatment he got a call from Townshend who visited him and helped give him the courage to see things through. “These two talents were enough to get me started”, he said. “And to convince me my life wasn’t over, but that I was at the start of a long journey to learn to love myself.” He also thanked his fellow band mates for being there for him during the dark times. "I was lucky because I had three friends that could see what was going on and loved me enough to take up the slack of my failings.We have a pact with each other. In our band, no one will be a casualty. We all come home or none of us come home. No one will be left behind. Thank you for honoring that promise and letting me be in your band." 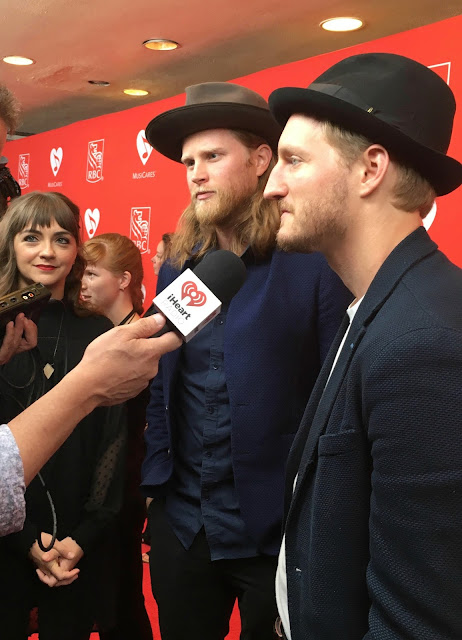 The event was fueled by an all star list of guest performances. Highlights included The Lumineers heartfelt rendition of U2's "One" which was followed by a riveting mini set from British singer, songwriter and multi-instrumentalist Jack Garratt.The amazing Macy Grey performed a jazz like version of "My Way" as well as an extended version of her signature hit "I Try" followed by U2's "I Still Haven't Found What I'm Looking For". 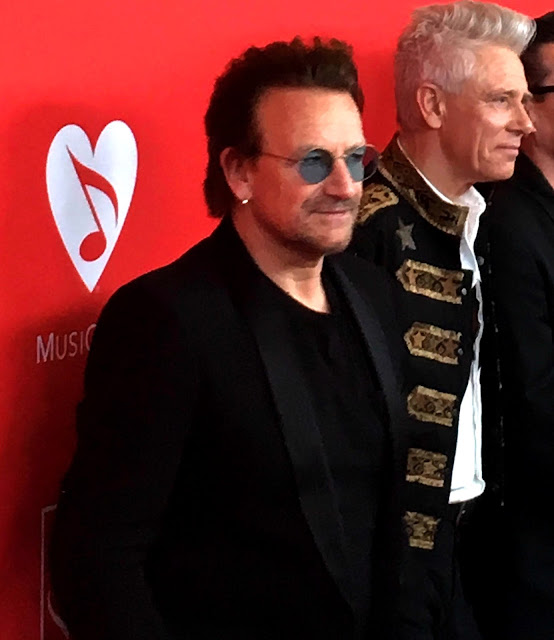 The evening closed with U2 performing a short three song set starting with “Stuck in a Moment You Can’t Get Out Of” from their 2000 album "All That You Can't Leave Behind". Up next was an uplifting version of "Vertigo" which quickly brought the crowd to their feet as Bono prowled the stage with animal grace while Clayton and drummer Larry Mullen Jr, showed why they are one of rock's all time best rhythm sections. Just when we though things were over the band launched into the classic "I Will Follow". To hear The Edge play his Gibson Explorer through his vintage EHX Memory Man was a real treat. After the set Clayton stated "Maybe now I can go back to bass playing." Overall an incredible evening for a truly amazing organization that helps so many amazing people.

Posted by Custom Made Music at 5:01 AM