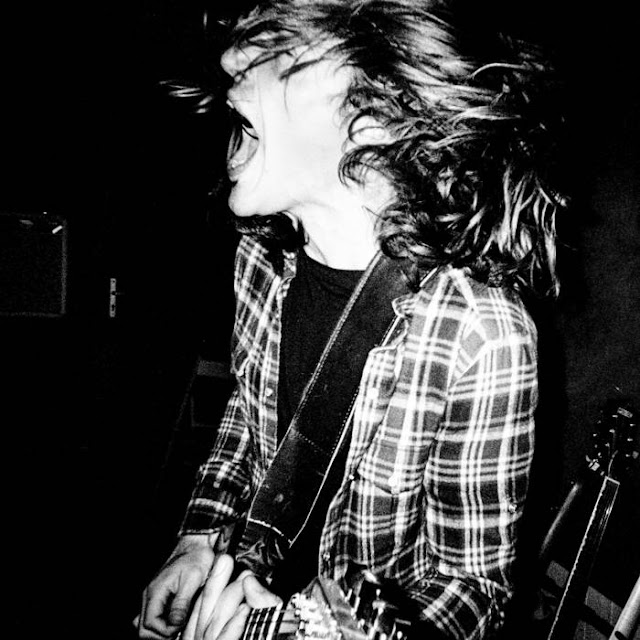 So 2017 is nearly half over and it's been a phenomenal year for music so far. So many amazing new albums and songs. Here's a rundown on 17 of my favorite songs that have come out so far.

1. The Psychotic Monks "It's Gone"

"It's Gone" the opening piece from The Psychotic Monks latest album "Silence Slowly and Madly Shines" is one of the most menacing songs you will hear all year. It's dark, mysterious, psychedelic vibe draws you in and never lets you go. Absolutely crushing.

Released just before their first U.S. tour "Drown" is one of Mayflower Madame's darkest and most impressive tracks to date. Look for a new album from this Norwegian psych rock outfit later this year.

3. A Deer A Horse "Backswimmer"

A Deer A Horse have been one of my favorite bands over the last few years and "Backswimmer" the title track from their latest E.P. ushers in a new direction and even more sense of power and determination to the bands sound. The trio will be out on the road touring all summer and fall.

This California/Connecticut based synth pop unit deliver big on their latest single "Take" It's pumping bass line, passionate vocals and layers of shimmering synths are sure to get you singing along in no time.

5. News From Neptune "The Cold Open"

One of the most incredibly intricate and breathtakingly beautiful pieces you will hear anywhere. David Miller aka News From Neptune balances an array of sonic textures throughout this absolutely brilliant track.

I can't get enough of this new track from Katie Crutchfield's Waxahatchee. It's one of the most infectious songs I've heard in a long time as the rich, melodic guitars and Crutchfield's voice are truly delightful.

Canadian post punk/new wave outfit Potenial Red strike big on this brand new 4 song E.P. Lead off track "Broken" is an energetic piece full of swirling soundscapes and chiming guitars that fans of The Smiths and The Cure are sure to enjoy as it gets things started in grand fashion.

Swiss indie/psych unit Telespace quickly create an ethereal world through the cinematic sounds of "A Click Away" as it's calming dose of mind numbing guitars are soon followed by an intriguing left of center style vocal delivery.

This no frills groove filled rocker is one of the stand out tracks from the bands brand new album "Brood X".

"Creature Feature" has an intensely odd slant to it all that's backed by a swaggering groove that reeks with undeniable appeal. It also includes some of the best guitar manipulation and fuzz driven leads you will hear anywhere that are equally matched by the deranged vocal cadence that sends the track into psychedelic overdrive.

Another fabulous track from Wanweird. This is the type of track that has just enough bounce to it that it's fun to sing along to but backs it up with a solid dose of 90's inspired rock n roll angst that pulls no punches.

My favoriute track from this Ohio based power pop/punk rock bands debut album. Get into it

One o the stand out tracks from the bands latest offering "August By Cake" which happens to be the 100th LP of founding member Robert Pollards career. Here's to 100 more.

"Smoke Of Dreams" from the new Thurston Moore album "Rock N Roll Consciousness" is a hazy, laid back number that reflects on his times in New York City and the underlying mystic of the past that surrounds it. There's a bit of a cathartic element to the song as if Moore is giving you a tour of his old haunts and allowing a bit of insight into a lost world.

"Trick" has all the key ingredients that make up an amazing Matthew Sweet song. Catchy hooks, melodic guitars and Sweet's signature vocal delivery.

From the bands new "Rarities and B Sides" album, "Chariot" sounds like it could have been part of the soundtrack to a lost David Lynch film. Truly beautiful from beginning to end.

Posted by Custom Made Music at 9:51 AM