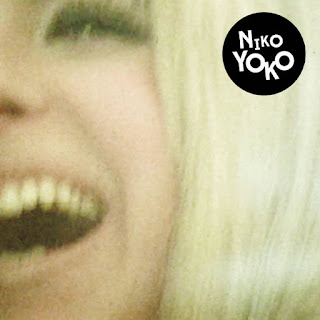 Paris based indie psych project Niko Yoko really get down on their debut release. Opening number "Don't Let It Go" kicks things off with it's infectious rhythm and Lou Reed like vocal stance. The jangling feel of "Something's Coming" serves as a warm ray of sunshine on a chilly Fall day while "Man Down" is a glistening rocker that harnesses a brilliance and power that's second to none. Everything comes to a close on "In The Afternoon" which showcases their spectacular songwriting style and their undeniable love for the Velvet's. An inspiring debut that is sure to be on repeat here at CMM Headquarters. 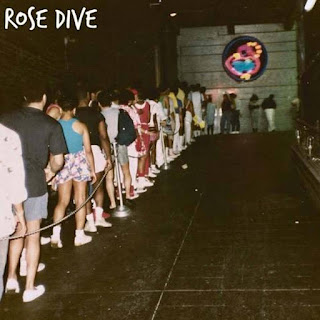 Rose Dove offer up a delightful pair of indie pop gems highlighted by a dainty vocal cadence and an array of beautiful instrumentation. "Distant Days" is an upbeat, bouncy track that's catchy and warm. The chiming guitar tones and driving beat really make it a fun listen while "Sunshine" has a bit more grit and grime to it that sits well next to it's melodic hooks that put everything over the top. These are the types of songs that will dig into your subconscious and have you humming them in your head after the first listen. An enticing debut that leaves me wanting more. 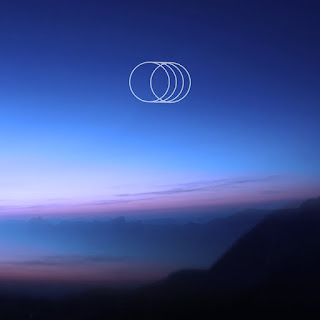 England's Sleep Cycle harness a sound that's both ethereal and powerful. The enormous riffs that flow throughout "Casualties of Distraction" and "Empires" get things started in fine form. Both pieces feature highly textured guitar work that creates a hypnotic mood and works it's way up into more intense territory. "Fornix" is ambient and eerie sounding while "Glass Hill" is more melodic and laid back and features a brilliant rolling bass line and clever in the pocket drumming. Everything culminates together on "It's There, You Just Need To Look" which is really the bands finest moment of the entire LP. The guitar tones are some of the best I've heard in a long time and make for a colorful sonic landscape that will have you coming back to hear it over and over. Things get really mechanical during "Solar" while "Living in Silence" explores a slightly darker approach that reflects elements of jazz. The blissful sounds of "Ever And Never" closes out the album with it's catchy hooks and top notch musicianship and cements the album as one of the most promising instrumental releases of the year. 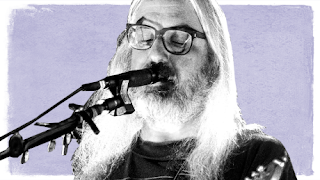 It's no secret I'm a long time fan of Mr. Mascis work. He's been quite busy with the new Dinosaur Jr. album, constant touring, solo records and a variety of covers in recent times. Here he gives his take on The Beatles "Dr Robert" for the Howard Stern curated "Revolver" tribute album. The guitars on this are absolutely crushing as you get all the ferocious fuzz tone you would expect alongside J's slightly comatose voice we all know and love. The compilation which also features contributions from Cheap Trick and James Taylor is apparently only available on SiriusXM Radio’s Howard 101 Channel but luckily you can here J's cut here via youtube. 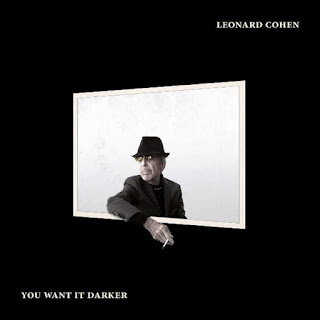 The title track from Leonard Cohen's 14th studio album "delves into an unflinching exploration of the religious mind." The song begins with the sounds of a cryptic choir and a very familiar and seductive bass line. At last the voice of the now 82 year old man who's first record was released nearly 50 years ago graces us with the words "If You Are The Dealer, I'm Out Of The Game", "If You Are The Healer, It Means I'm Broken and Lame". The lyrics are as haunting as ever and it feels like Cohen's words are as much a final testament on his own life and career as they are a reflection on the current state of the world. "I didn't know I had permission to murder and to maim. You want it darker". Hopefully this will not be Cohen's final record but if it is then he is leaving us with what can only be described as the perfect goodbye. 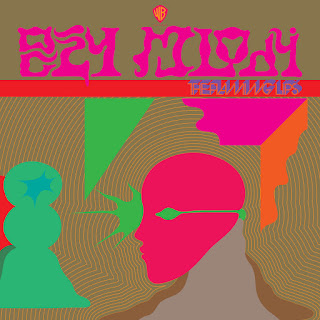 The first single from The Flaming Lips upcoming album "Oczy Mlody" begins with a familiar drone that quickly dives into a thumping beat, followed by the trademark vocals of front man Wayne Coyne. The track marks a return to the more breezy laid back flow of some of the bands previous records as the music is very uplifting and magical sounding. "Oczy Mlody" means “Eyes Of The Young” in Polish and according to Coyne the title originally caught his eye because it sounded like the drug Oxycodone. The album is set to drop in January of 2017

Posted by Custom Made Music at 3:08 PM