"Five For Friday" with artist, author, and musician James Gerard 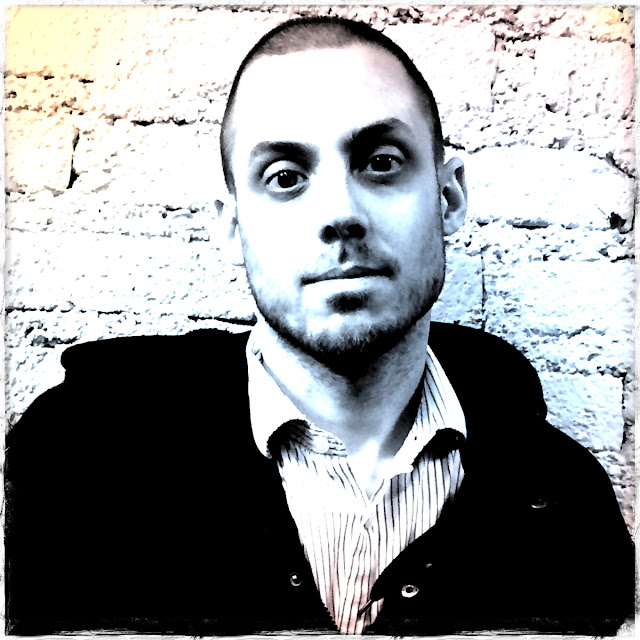 James Gerard has been writing and recording with various bands and projects in the Northeastern Ohio area for the better part of fifteen years. His sophomore release, 'You Begin Where I End' is a confidently expansive second chapter for the Ohio-based singer/songwriter. Over the course of the album’s ten tracks, James expands his brand of moody, lyrically driven Indie-Folk, embracing a variety of textures and tones. For this week’s edition of “Five for Friday”, James shares his thoughts on some of his favorite songs but first enjoy his song "You Begin Where I End".

Ben Howard - End Of The Affair

While Howard had been on my peripheral for quite some time, I had initially dismissed him as just another run-of-the-mill singer-songwriter; that is until I heard this song. The first single from his second album I Forget Where We Were, “End Of The Affair” is the perfect representation of everything Howard does. The song begins with his somber, effects-laden acoustic, slowly building upon his perfectly understated Bon Iver by-way-of Nick Drake croon until about halfway through when the whole thing explodes into a frenzy of feedback and cymbals, culminating with a reverb-drenched Howard screaming through his guitar pick-up "What the hell, love?”

The first side of Miles’ Tribute To Jack Johnson, the twenty-six minute “Right Off” features a young John McLaughlin absolutely decimating the proceedings along with Davis and the rest of his band, a 'who's who' of the day's best session players. By this point in time (1971) Miles was no longer content to merely flirt with blending disparate genres; the man was defiantly all in. While history remembers In A Silent Way and the unparalleled Bitches Brew as his hallmark electric albums, for my money ‘Jack Johnson is where Miles and his band were the most dialed in to their sound. This song, in particular, is Miles at his most brazen, literally crafting the foundation for an entire genre (fusion) over the course of this recording.

My favorite song from what is probably my all-time favorite album. Matthew Good is something of a Canadian institution, and over the years he has gracefully transformed from a 90’s alt-rock-hero-from-yesteryear into a currently relevant and prolific solo-artist. And nowhere has he pushed the envelope of his sound more than on the criminally under-appreciated Lights Of Endangered Species. ‘Lights is a heavily orchestrated mash-up of jazz, folk, and rock, and “Non Populus” perfectly sums up the entire mood of the record. Built around a droning motif that slowly builds over the course of the song’s eight plus minute running time, the largely instrumental “Non Populus” is the sound of an unbridled artist working free of concession to anyone but himself.

Remember her? Don’t feel bad if you don’t, as her career was merely a brief flash of brilliance from which she inexplicably walked away. Another 90’s alt-rock ‘one hit wonder’ who seemed destined at one point to mirror the creative path of a certain Polly Jean Harvey, Poe released her masterpiece House Of Leaves (somewhat a spiritual companion to the cult horror novel by the same name written by her brother, Mark Z. Danielewski) and then promptly retreated into anonymity. House Of Leaves is brilliant. When you are done reading this, you should immediately go and listen to it. And this song, ripe with self-effacing sincerity, contains one of my favorite vocal performances ever.

In some ways, Michael Stipe was almost the quintessential anti-frontman. While my fifteen-year-old self knew that without a shadow of a doubt that I was never going to be the next DLR, there was a small piece of me that dared to dream that I might someday have a shot at being the next Michael Stipe. I know it’s probably blasphemy at this point, but for all the charm of the IRS years, I feel like Automatic For The People is where the band was at its artistic peak. This song, a droning, contemplative dirge, is essentially the heart of the record. From the feedback-induced guitar solo to the complete lack of percussion, the song achieves an undeniably potent tone with its pairing of Stipe’s rich, contemplative vocal and one of the band’s most sparse arrangements.