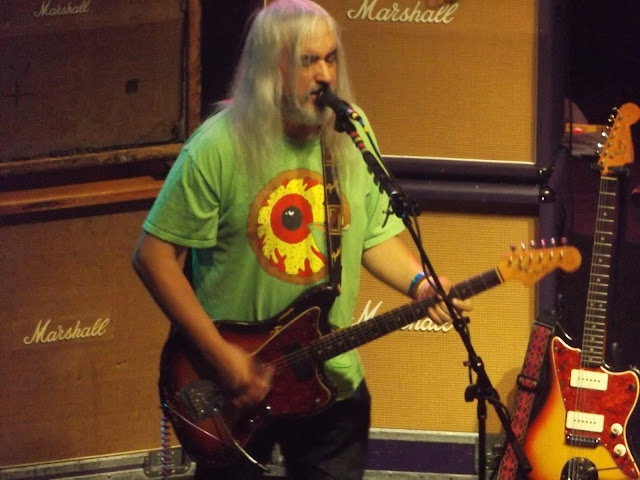 Dinosaur Jr. blasted through a no frills 18 track set at The National in Richmond Virginia with songs spanning from all eras of their 30 year career. It's been 10 years since the reformation of the bands original lineup consisting of vocalist/guitarist J Mascis, bassist/vocalist Lou Barlow and drummer Murph. Opening number "Bulbs Of Passion" from their self titled debut was certainly a nice surprise and rousing renditions of early barn burners "In A Jar", "Tarpit", "Budge" and "Raisans" followed to much delight of the capacity crowd. The very animated Barlow took over on vocals for the passionate yet pounding sounds of "Back To Your Heart" followed by the primal power of "Little Fury Things". The set then shifted into newer territory with high energy versions of "Watch The Corners" and "Pierce The Morning Rain" from 2012's "I Bet On Sky" and "Pieces" from 2009's "Farm". 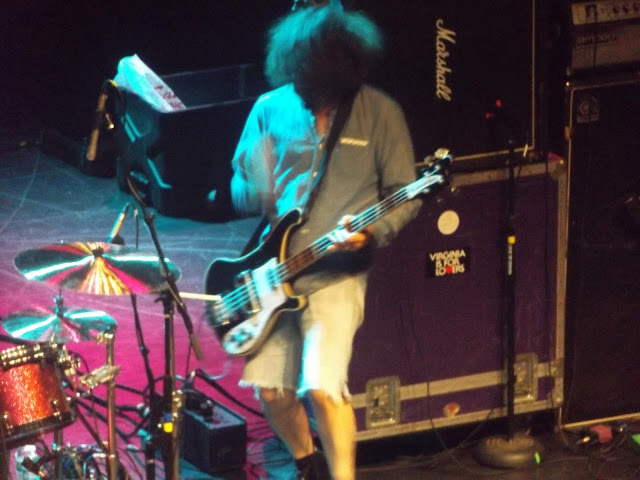 The crowd screamed out in delight during the signature riffs of alt-rock anthems "Out There", "Feel The Pain" and "Start Choppin". Mascis was on fire as he ran through his brand of ear bleeding fuzzed out leads. Barlow then led the band through a crushing version of "Training Ground", a cover of a song originally done by he and Mascis high school hardcore band Deep Wound, while the audience blissfully sang along to the college radio classic "Freak Scene" and underlying menace of "Forget The Swan". The set culminated with a chaotic cover of The Cure's "Just Like Heaven" and the distorted mayhem of "Sludgefeast" that surely served as the most intense track of the night. It was a steamroller of a set and one that shows exactly why Dinosaur Jr. are hands down one of the best rock n roll bands on the planet.

On a side note opening band The Peoples Blues of Richmond offered up a brief batch of songs to start off the evenings festivities. Although it seemed odd to many that PBR where on the bill they got an enthusiastic response from their home town fans. Drawing heavy influence from the likes of The Black Keys, The White Stripes, Zeppelin and Sabbath the band brought a soulful presence and colorful energy to their performance that was backed with impressive musicianship and remarkable tone. The power trio’s new single “Gone Gone Gone” b/w “Outta My Mind” was produced & engineered by the highly sought-after Mark Neill, the man behind The Black Key’s platinum-selling, Grammy-winning Brothers record. 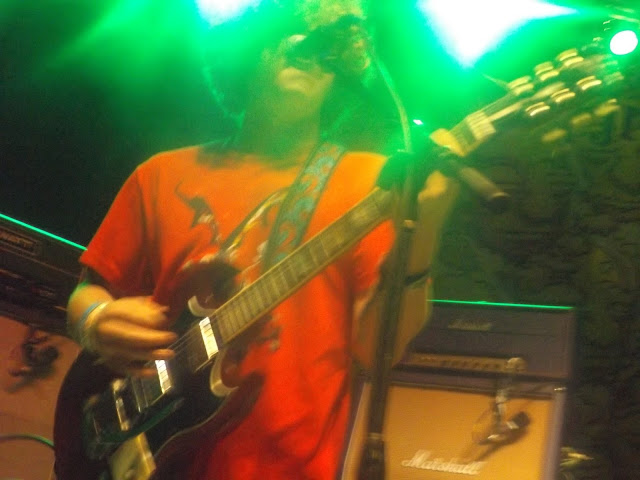 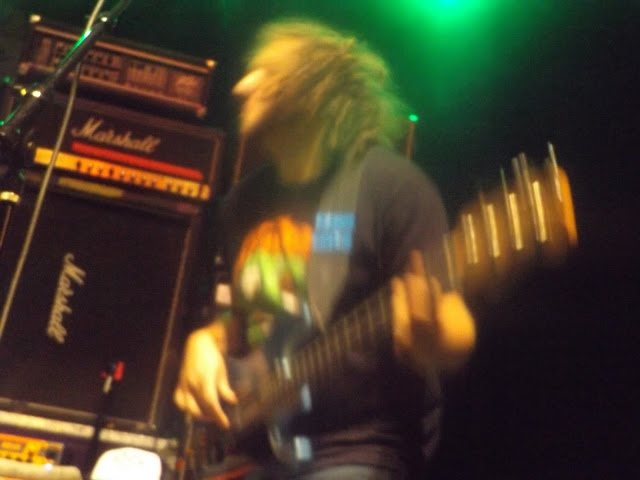