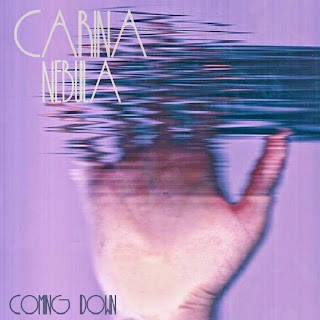 Liverpool's Carina Nebula deliver on their latest single "Coming Down". Made up of Sol Murphy (Vocals, Guitar, Drums) and Buddy Miller (Vocals, Bass, Synths) the duo have created a fine piece of alternative pop magic that echoes the spirits of Ultravox and The Psychedelic Furs. The opening layers of warm synths set the pace for this delicate laid back track that features a straight forward beat and stoic breathy vocal. There's a familiar comforting feel throughout the song that fans of the early 80's new romantics era are sure to enjoy. 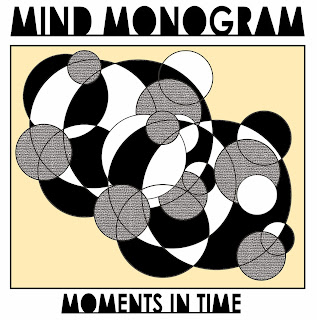 "Moments In Time", the first release from Los Angeles musician Edgar Ruiz project Mind Monogram, is full of drifting soundscapes, ethereal guitars and vibrant vocals. Opening track "(King & The Pawn) In Conversation" sounds like it could have been an out take from The Beatles "Magical Mystery Tour" album. It definitely has that underlying hypnotic element that stirs up thoughts of euphoric unknown realms. "Mere Reflection" builds on these vibes adding even more of an experimental presence that takes you further and further out into space. "Through The Looking Glass" features a jazzy chord progression and minimal percussion backed by another incredibly spot on vocal performance by Ruiz. "Glass Chamber" and "In Layers" showcase a 60's psych pop appeal along the lines of classic bands like Band Of Wynand and The Syn. A fabulous effort from one of L.A's best emerging artists. 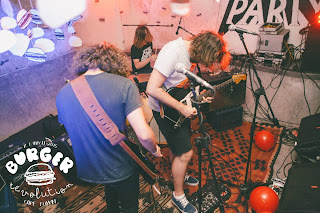 Self described as "a surf, punk rock band with slivers of psych" Retro Dizzy sound down right psychotic. "Blasphemy" is a raw blast of angular power that brings to mind the more tripped out side of The Stooges and The Birthday Party. The galloping drums and bass alongside the wah induced guitar swells are like a soundtrack for an evil cowboy headed to a final standoff on the wrong side of town. Add in the haunting sounds of Richard Liefeldt's manic vocals and you have a fine recipe for full force desolate rock n roll. 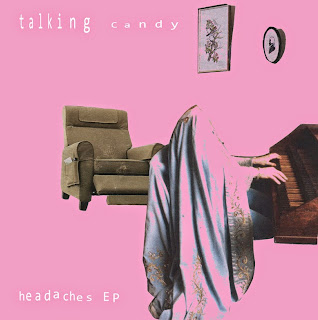 Dan Stringer aka Talking Candy, makes straight forward guitar based pop songs full of heart and charm. "Yolk" is rather chaotic in a "White Light White Heat" Velvet's kind of way. There's a lot of random guitar noise that makes for a rather inviting intro in my opinion. The rest of the songs feature a nice phaser/flanger flavored guitar sound and simple 3 chord structure that reminds me of a stripped down Mercury Rev. "Floating" is my favorite track of the four. Stringer's voice is so very inviting as he sings "I'll see you when you come back down". Passionate, simple and pure. 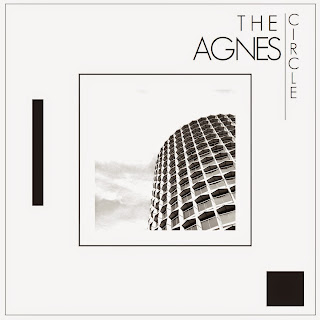 Incredible debut single from this post punk band from London. Driven by a crushing electronic beat and chilling guitar and bass riff "Sister Flux" delves into even darker territory when the bold and bleak vocals kick into the forefront. The guitars loom under the mix like a distant voice crying for help. The flickering strobes and static visuals through out the accompanying video only enhance the mood more. Fans of Sisters Of Mercy, Suicide and Pink Industry take note. 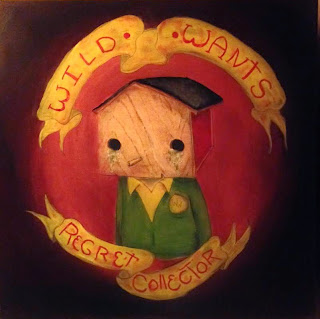 Promising E.P. from these new Seattle upstarts. "Regret Collector" and "Say What" are a pair of hook driven indie pop gems that fall some place between Sebadoh and The Smiths. Things get amped up a bit on "I'm So Sorry Lisa" which contains some chainsaw sounding guitar tones to match it's undeniable catchy feel while "Shock Of White" is a more dialed back track that takes me back to the days of Smoking Popes "Get Fired". I also hear an ode to 70's classic rock favorites like ELO, Steve Miller Band & Wings throughout these tracks. These guys have definitely harnessed the craft of writing captivating songs that you'll be happily singing along to after just a few listens. Looking forward to more!!!

Posted by Custom Made Music at 9:04 AM