"Five For Friday" with Jim Mendola of King Everything 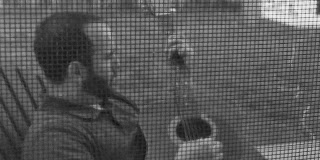 Jim Mendola is the master mind behind Power Pop sensations King Everything. Based in Lockport New York Mendola has released a massive catalog of impressive rock n roll gems which you can explore at (kingeverything.bandcamp.com). Jim has picked a fine collection of tracks for this weeks "Five For Friday" feature but first enjoy his song "The Last Day Of Pumping".

Butterglory “Skills of the Star Pilot”

This song will always make me happy. I want to know the star pilot. Finds his way through a crowd of female admirers to call his wife. A song about a respectable guy! Love it.

Salako “Do It Yourself”

An absolutely perfect song. I’m so happy to see it on YouTube finally. We’ve all felt what this guy’s feeling. When the help you’re getting is worse than no help at all. The production is perfect too. He’s on the phone for the first verse, sound effects while they work. Love everything about it.

I wonder if Paul McCartney has heard this song. It should make him proud. The harmonica takes it to another planet. All in under two minutes. Find a flaw. I dare you.

Papas Fritas “Live by the Water”

The rhythm does something weird. Something I am always mesmerized by. So does the melody. But it’s the lyrics that get me. Simple. Perfect. I don’t think I’d want to live by the water, but certainly away from the city.

Bill Fox “I May Never Know”

A perfect song from a perfect songwriter. He disappeared from the world for a decade, then resurfaced to play a few shows. One in my hometown. I went alone to the show after playing in a poker tournament. The place was empty. Maybe I was early, maybe I was late. I approached a couple in the back of the club to ask if Bill Fox had performed yet. He had. Ends up, this was not a “couple.” It was a fan talking to Bill Fox. Oops. I had no idea what he looked like. I got in touch with the girl later and she sent me a copy of the demo CD that he had given to her. Pretty awesome.