"Five For Friday" with Jen Hingley 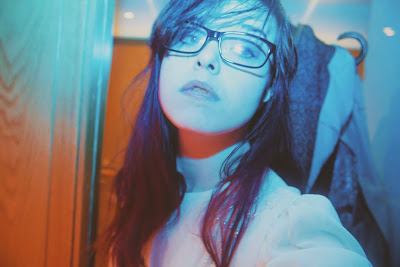 Hailing from Manchester England Jen Hingley makes pop songs drenched in heavy guitar fuzz and noise. Her debut album "Autonomy" was just released in limited edition cassette format by us here at CMM. Adopting a DIY/punk ethic to create her album Hingley played every instrument and recorded it entirely by herself. Enjoy her picks for this weeks "Five For Friday" feature but first watch the video for her song "It's In Your Eyes" and order the cassette at www.custommademusicva.com

I’ve been inspired big time by Elliott’s knack of rich, varied chord progressions - as this song has when it kicks in. He was of course an amazing songwriter and lyricist, but this is weirdly probably one of the most underrated things about his work which I think elevates it more than many realise.

The end of this song is one of the best, most shambolic but brilliant things I’ve ever heard (mainly down to that insane drumming). I’ve followed Cloud Nothings for a few years from Dylan’s one-man-band solo origins to the louder, more energetic sounds of now and thought everything they've ever put out has been pretty solid. I guess it’s also super inspiring to hear that someone has actually recorded every instrument on a song all by themselves (as Dylan did in the early days). If no one had told me that then I suppose I might have been less likely to try it myself. Tom Vek and Speedy Ortiz have also really inspired me in their DIY ways.

It’s all about the fuzz. There’s something magic about how that guitar sound surrounds your ears, it’s just so rich sounding. Inspired by the album Siamese Dream in general, my friend and I ended up honing our own guitar sound which we like call ‘dreamtone’, which is made it onto my album a bit. Fuzz-wise I also appreciate My Bloody Valentine in a big way.

Reuben - No One Wins The War

I started listening to Reuben when I was 15/16 and something just clicked, changing everything. It’s melodic, it’s dissonant, the time signatures often shift - it just engaged me so much and still does nearly 10 years later. Reuben have long-since disbanded but I’m very thankful for the three albums that they made. They’ve definitely made their mark me in terms of the kinds of chords that I sometimes think I can get away with using. I also love how this song starts and ends with the same riff, clever stuff.

Yourcodenameis:Milo - I am Connecting Flight

Like Reuben, YCNI:M were a band that I saw a lot around Oxford / London in the post-hardcore scene of my youth. The layers of guitar and the drum sound are great to me, but the most important thing is the overall energy. I can’t detach this song from the feeling that you got when you were hit live with all that noise and movement. I also reckon the production on the album does a really good job of representing that chaos and that roughness.