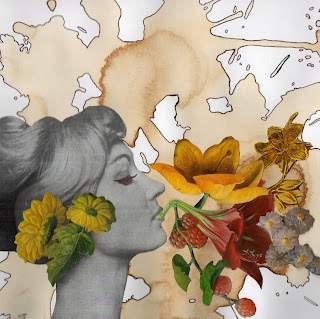 Led by songwriter Dave New, this Dayton OH band has struck gold on their debut self titled E.P. The music ranges from delightful indie pop, jazz influenced instrumentals and fuzzy guitar driven rock n roll. They all play off each other well and show a nice range of sounds that really make the record feel whole. Opening track "Sunny Day Records" has a timeless feel. New says “The song is inherently nostalgic, a memory of the excitement of feeling free and young in a new relationship on a beautiful day, in a 1993 Ford Ranger." His description couldn't be more true. The song certainly makes you feel good. "Girl Ima' Babe" is fast paced and full of energy. The distorted guitars and pumping bass line are infectious and add a nice blast of energy to the mix. "All Around" caps off this six track release with a touch of atmospheric dream pop. It's another stand out track that cements their ability to write well crafted and inspiring music. A highly recommended debut. 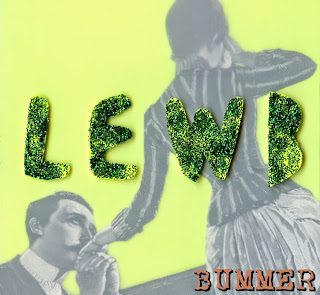 Noise driven guitars, and pounding percussion fill "Dog Music", the opening track on Dallas dream pop unit LEWB's debut album "Bummer". It makes quite an impact as the beautiful voice of Charlie Frizzell swirls around your head. "Rental Car" is slower paced and carries a syncopated drum and guitar groove that glides along with daydream-ish gliss. The tones in "Numbers" have an enticing feel that draws you in with it's multi-layered vocals and melodic keyboard sounds that push the envelope as the song goes on. "Sorry Charlie" captures the band at it's most catchy while "Repetition" has a sinister guitar riff that's got tons of swagger and is certainly the darkest sounding song of the record. It's also my favorite as it really captures all the best elements of the band. Start to finish "Bummer" is refreshing and highly enjoyable. 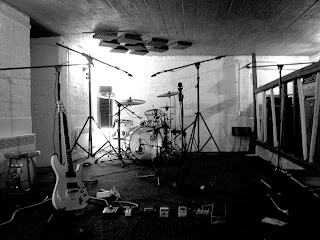 NYOS are an instrumental drum and guitar duo from Jyväskylä Finland. "Vltava" is a one track album that comes in at twenty six minutes and twenty two seconds. It's full of crazy riffs, odd time signatures and flashes of noise inducted guitar mayhem. There are hints of U.S. post hardcore bands like Glazed Baby, godheadSilo, and Pink & Brown as well as elements of jazz fusion pioneers like Mahavishnu Orchestra and Larry Coryell. The musicianship is top notch and the riffs are simply crushing. A fine addition to the experimental math rock spectrum. 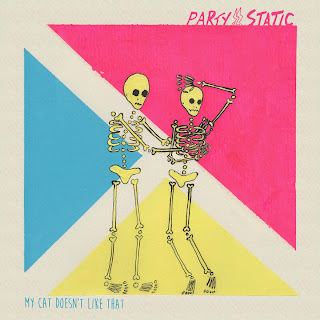 Party Static "My Cat Doesn't Like That" E.P. (partystatic.bandcamp.com)

Party Static impress with this E.P. of fabulous noise fueled garage punk that follows in the spirit of Nervous Gender, Huggy Bear, and The Headcoatees. The dual female vocals remind me of 90's East Bay punk bands like Blatz and Raoul while the guitars bounce back and forth between Melvins-ish doom, NYC no-wave and Dick Dale surf sounds especially on tracks like "Jill The Jerk" & "Mile & Honey". The songs are quick and to the point averaging around two minutes each. A fine collection of catchy garage punk fury. 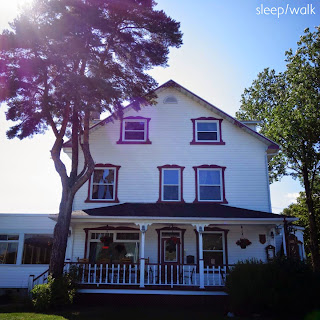 This blistering instrumental math-rock 3 piece make intense yet melodic tracks in the vein of Don Caballero, Bread Winner and Hella. All nine tracks are fast and hit with sledgehammer like force and are matched with precise execution. The production is also tip top. I love the angular tones the band make on songs like "Manhunter" and "Neu". "Lunatic" has an intricate riff and breakdown that brings to mind "Freedom Bondage" era Zeni Geva while "Bandini" incorporates a tastefully used cowbell and a riff that channels the spirit of 90's heavyweights like Guzzard and Helmet. A must for fans of barn burning technical rock n roll. 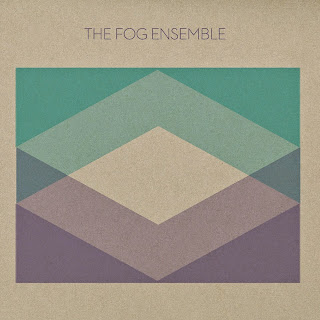 I find the haunting melodic sounds made on The Fog Ensembles new S/T album quite intriguing. Songs like "Drugeons" and "City Rat" add tons of underlying mystical tones that make them perfect for a sci-fi horror film. The ambient sounds in "Goffs" are more melodic and peaceful, moving with almost a danceable feel. "Cage" has more of a goth type vibe and features some dark sounds I can truly say I've never heard used in such a way. It almost sounds like something is being ripped write out of the tracks while an evil figure looms over top of it all. "Subway' also has a dark post-punk feel to it with it's fuzzed out bass line and driving beat topped off by a cagey synth riff. The album closes with "Melting Statues" which is possibly the most epic song on the album. It's shoegaze inspired drones are captivating, atmospheric and lush. Overall an excellent blend of hypnotic, thought provoking sounds.