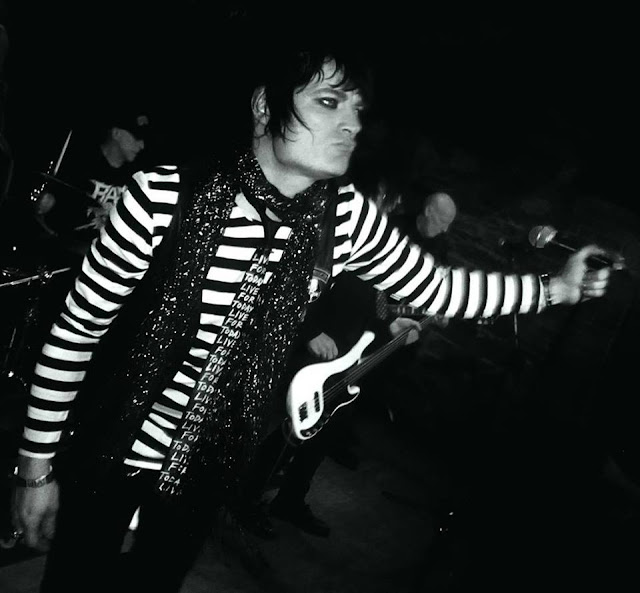 This reformed line up of The Dead Boys has been tearing it up all over the world for the last few years and I've been happy to get to see them play a couple of times. This show was no exception as lead singer Jake Hout channeled the spirit of Stiv Bators in grand fashion while Cheetah Chrome blasted through the blistering riffs that make this band amazing. Can't wait to catch them again in 2019. 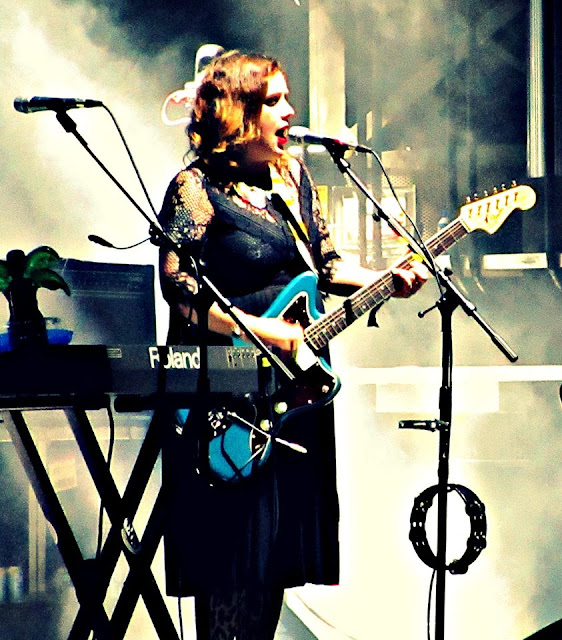 There are a lot of Festivals that offer unbelievable line ups these days but none were quite like this years Desert Daze Festival in Lake Perris California. Yes this festival was truly "STACKED" with performances from My Bloody Valentine, Sowdive, Mercury Rev, Kevin Morby, Earth and many many more. I must add that this festival had one of the most laid back feels to it which can be rare these days. Everyone was really respectful and watching the bands was comfortable while the sound and lighting were top notch. 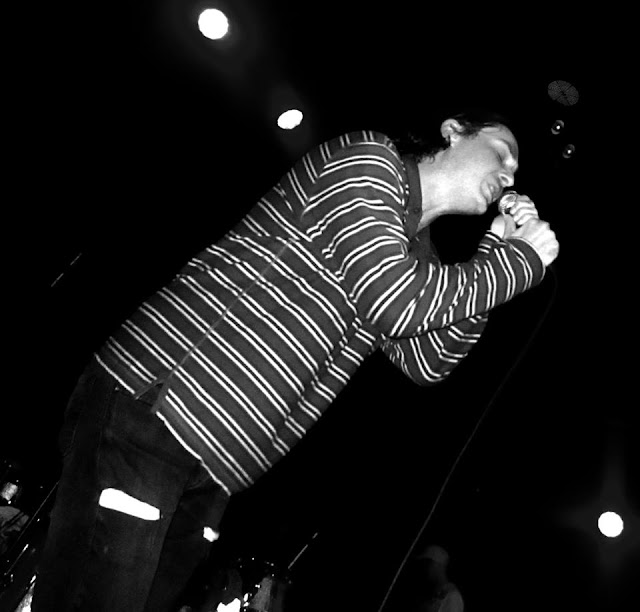 This show was a last minute surprise. I had not seen Joan Of Arc in about a year and a half and their latest album "1984" was one of my favorites of the year. I realized the morning of the show they were opening for mewithoutyou. Joan Of Arc performed as a three piece and the set included some amazing new material alongside some of my favorites from recent LP's. This was a really fun set to see. 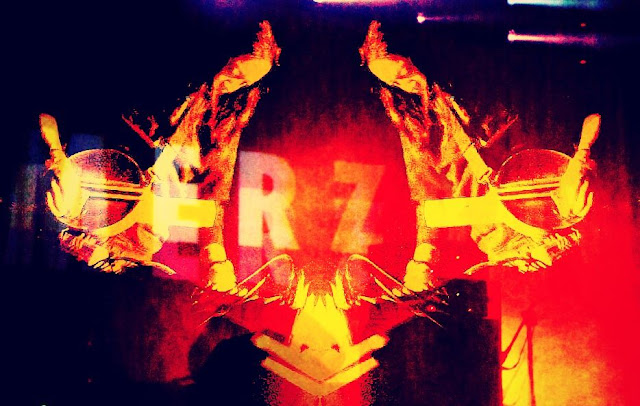 Hospital Fest was a tremendous event and I could go on and on about all of the acts that performed but I ain't gonna lie I was there to see Merzbow as I've been a fan for roughly 25 years and had never seen him perform before. His hour long set was intense, colorful and incredibly mind bending. Other highlights from his event included Jesu, Final (Justin Broadrick), and the Prurient/Power Trip collaboration. 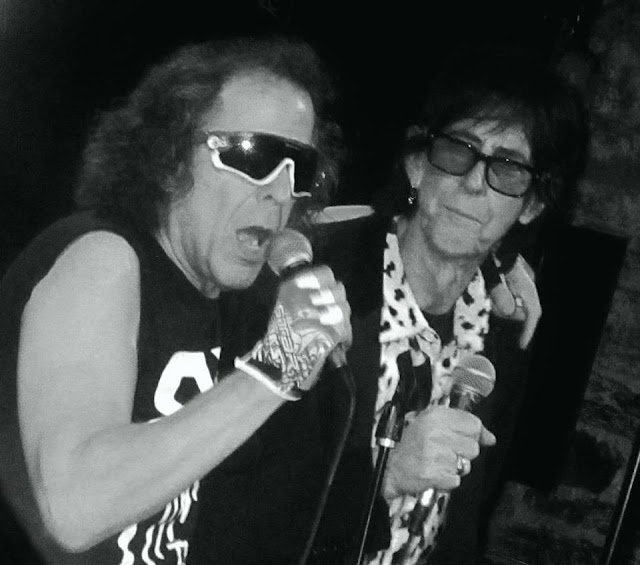 Incredible tribute evening to Alan Vega and Suicide which featured performances from Bob Bert, Cynthia Ross, Kid Congo Powers and more. The highlight for me was when The Car's Ric Ocasek joined Martin Rev for a performance of "Dream Baby Dream". A great evening indeed. 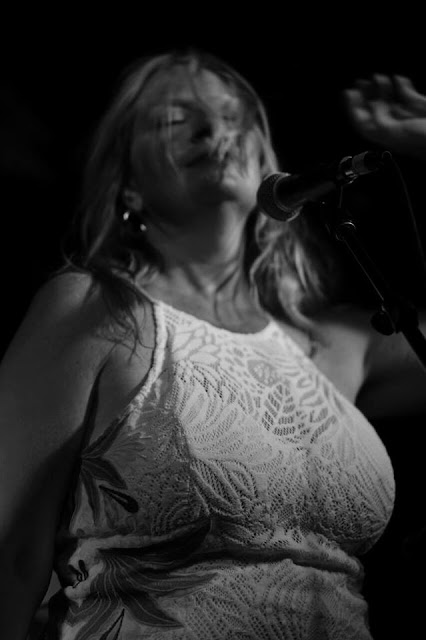 It's not everyday that your favorite band gets back together to do a show after a 20 year hiatus but on July 20th 2018 Turkish Delight took the stage at the legendary Middle East in Cambridge MA. The band played tracks from their two albums "Tommy Bell" and "Howcha Magowcha" as well as a stunning rendition of "Damaged Goods" by Gang Of Four. They even let me join them onstage for a ripping rendition of their classic cut "Go Baby" which was a a real honor and thrill. Such an awesome time. 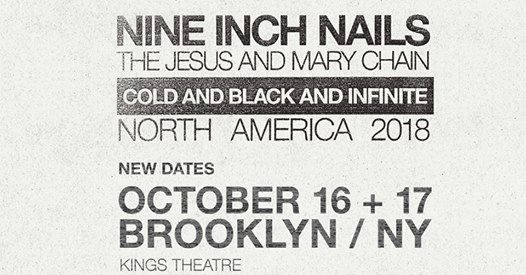 First off Kings Theater might be the most beautiful venue in Brooklyn and one of the best places to see a large scale show. Jesus And Mary Chain put on a solid set of some of their most well known songs which was certainly an amazing way to start the evening. Then Nine Inch Nails put on one of the most breathtaking performances you will see and hear anywhere in the universe. I'm by no means a NIN fanatic but this show really floored me. The stage production, musicianship, sound an overall presentation where definitely next level. 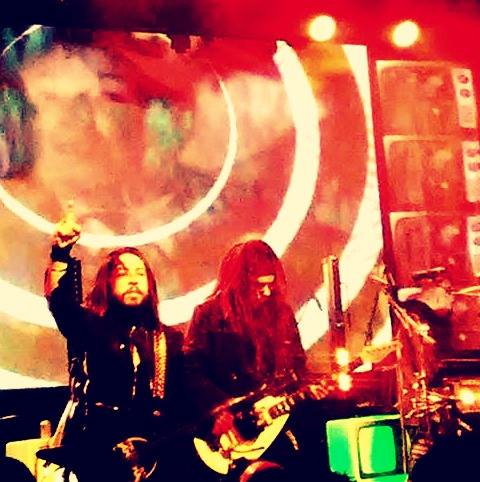 Ministry put on a tremendous performance at Irving Plaza in NYC. It was amazing to hear "Stigmata", "N.W.O.", "So What" and "Just One Fix" in a live setting again. The crowd was super into it and the band played the tracks with "pinpoint accuracy". Menacing to say the least. 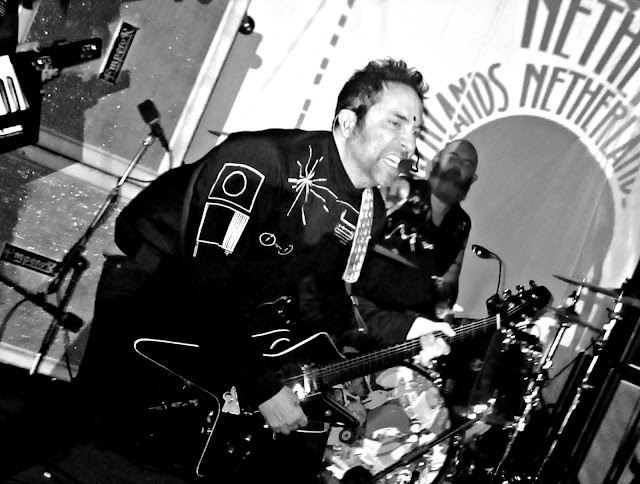 Simply put this band DESTROY everything in their path. The crushing guitar sound and sci-fi-psych vocals of Timo Ellis are relentless and this performance was one of the most intense I came across all year. 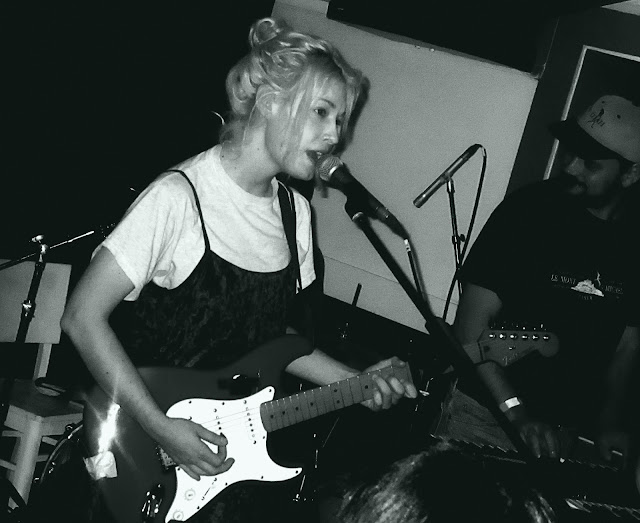 It was great to see Men I Trust in one of my favorite intimate venues. The band played a lot of songs from their recent album "Headroom" and their infectious bass lines and in the pocket drumming had the crowd dancing along while Emma's vocals sounded as beautiful as you can imagine.