I did a lot of traveling in 2016 and got to see over seventy five shows all over the United States. It was hard to pick just ten for this as there were so many performances I enjoyed throughout the year. I'm very happy I got to see and work with so many amazing bands and I look forward to enjoying new music and new adventures in 2017.

The Best Fest has been putting on theme nights featuring a wide range of musicians, actors and comedians performing the music of a legendary band or artist. Juliette Lewis, Courtney Love, Sarah Silverman, Mark Ronson, Alison Mosshart and others gathered to celebrate the music of Fleetwood Mac and raise money for The Sweet Relief Musicians Fund and The Sweet Stuff Foundation, Both organizations help the musical community and their families with the vital elements often overlooked during periods of illness and disability. The entire evening was a blast and Juliette Lewis's version of Stevie Nicks "Stand Back" stole the show. 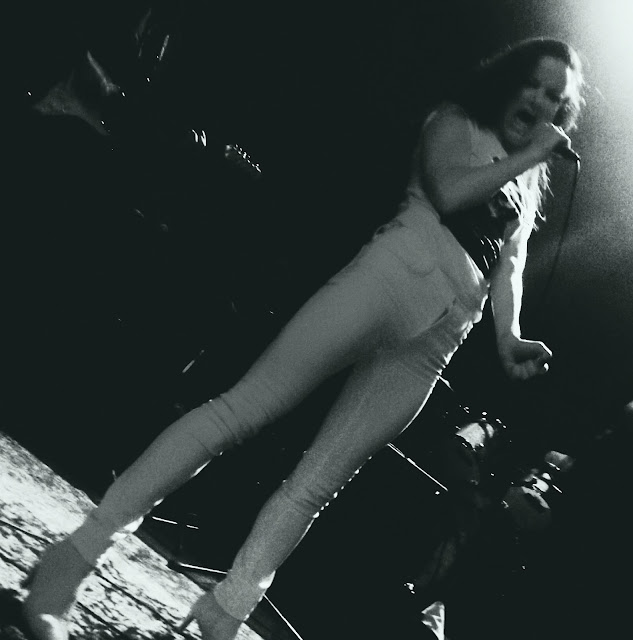 Charles Bradley gave an incredibly heartwarming performance at this years Lava Music Fest in Norfolk VA. His amazing voice was matched with an incredible sense of style and swagger that wowed the crowd as he blasted through thunderous renditions of songs from his latest album "Changes" which is available now from Daptone Records. 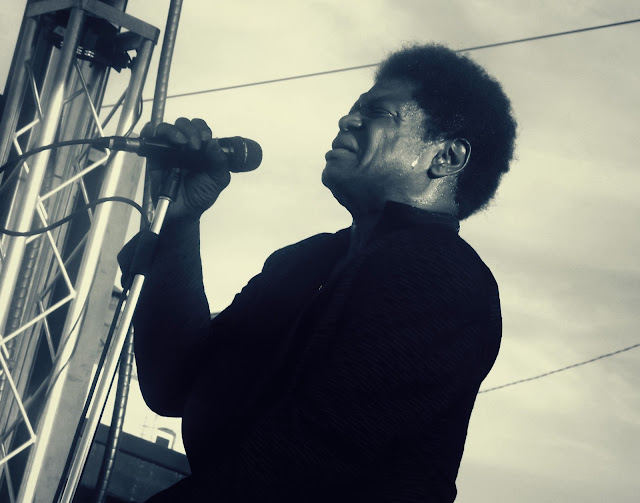 An All Star line up gathered to perform The Heartbreakers album "L.A.M.F." from start to finish which included original Hearbreakers guitarist Walter Lure, Tommy Stinson (The Replacements/Bash & Pop), Wayne Kramer (MC5), and Clem Burke (Blondie) with special guests Debbie Harry, Cheetah Chrome (Dead Boys), Jesse Malin (D-Generation,Heartattack), Handsome Dick Manitoba and more. The show was a benefit for NYC writer Stephen Saban who is battling cancer. The performance had a lot of energy and humor to it to go along with a lot of looseness and charm. No video footage but there are some clips from the set they did at Bowery Electric earlier that night. 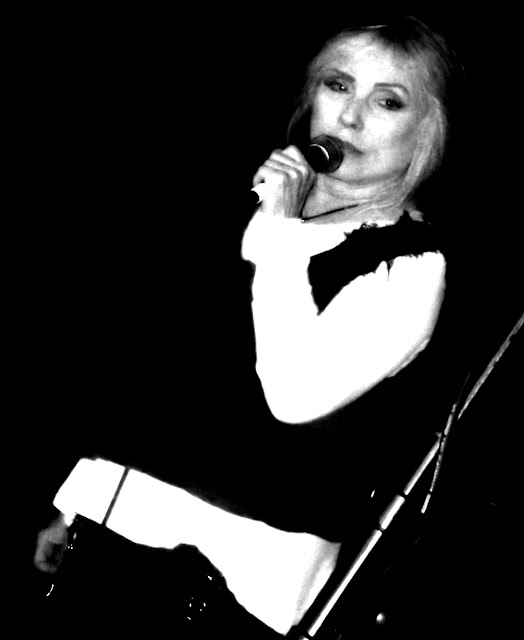 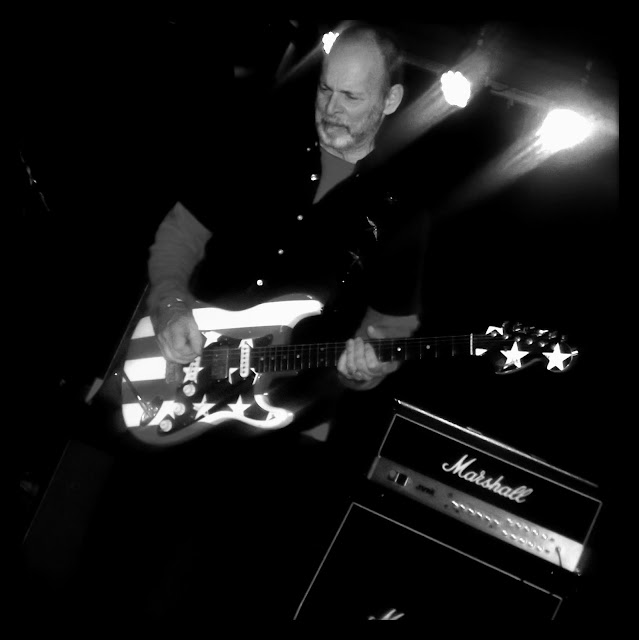 The passing of David Bowie this past January was a huge loss to the world. Los Angeles area musicians Chris Stills, Miya Folick, Eric Kufs, Mindy Jones, Adam Busch, Brett Farkas, Laura Mace and others gathered to pay tribute to the rock icon with incredible performances of classic Bowie songs from all eras of his career. The highlight for me was Tim Heidecker's (of Tim & Eric fame) passionate rendition of "Rock N Roll Suicide" which was truly amazing. 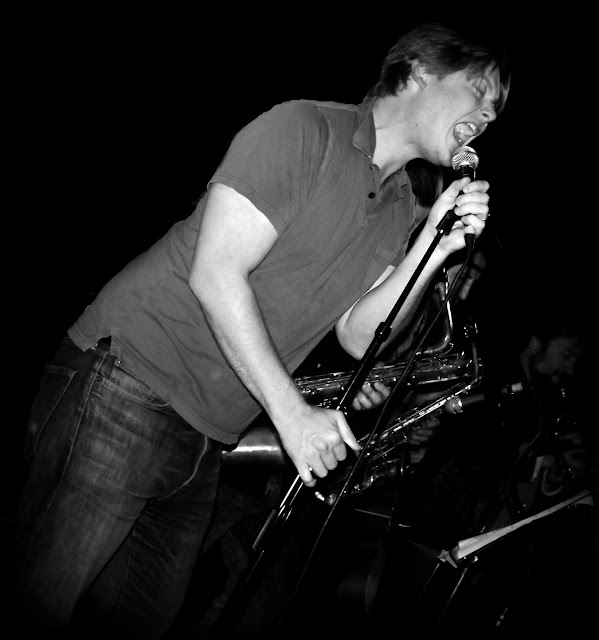 Lucius are one of my favorite new bands and their album "Good Grief" was certainly one of the best of 2016. I first heard the bands two singers Jess Wolfe and Holly Laessig perform at Fleetwood Mac Fest which I mentioned above and included some footage from below. It was great to get to see the full band deliver a knock out performance at the beautiful Jefferson Theatre and I'm hoping to see them again soon 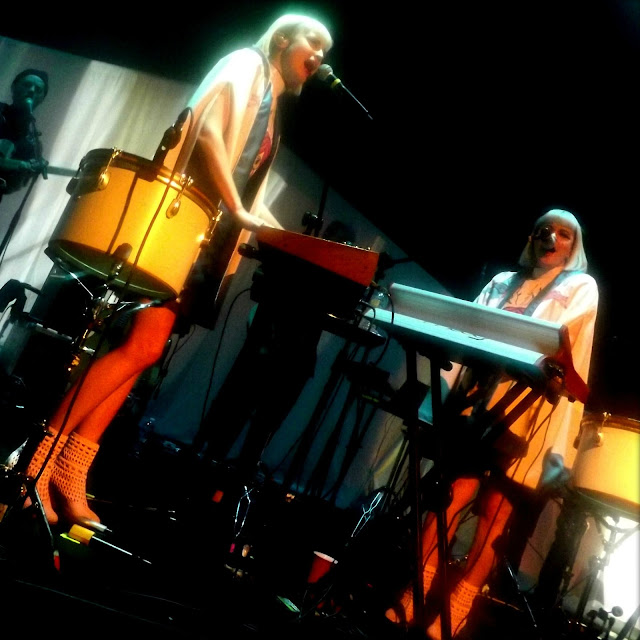 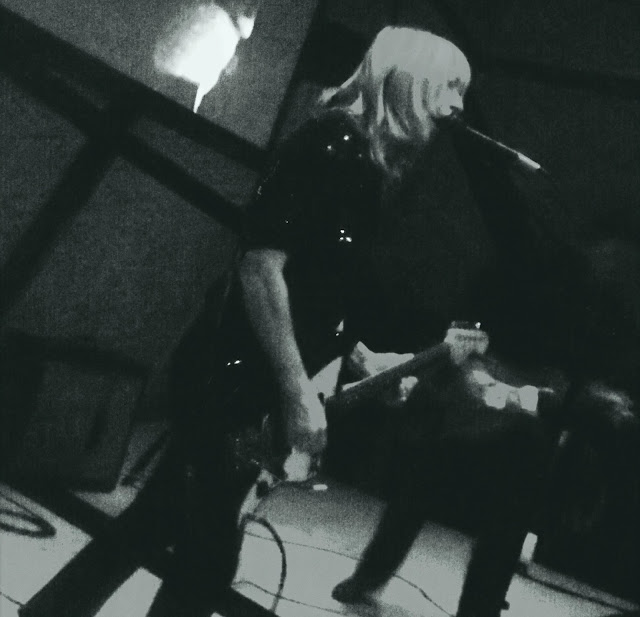 I had the pleasure of booking a New York City residency for Italian singer/pianist Davide Moscato. He played 8 shows all over the city in venues like The Bowery Electric, Parkside Lounge, Brooklyn Hell Phone and more. His last night was at the Drink More Records Festival at Bushwick Public House. Davide's voice and piano playing was in fine form each and every night and this show was a wonderful send off before returning home to Italy. I also got to see an unforgettable performance by Quitzow which is the moniker of NYC musician Erica Quitzow. Her intensity and passion was accompanied by stunning visuals that radiated positive energy throughout her set. Experimental duo Sister Pact also gave a very memorable performance full of raucous guitar noise, crushing beats and lulling vocals. They have several cassette releases well worth picking up 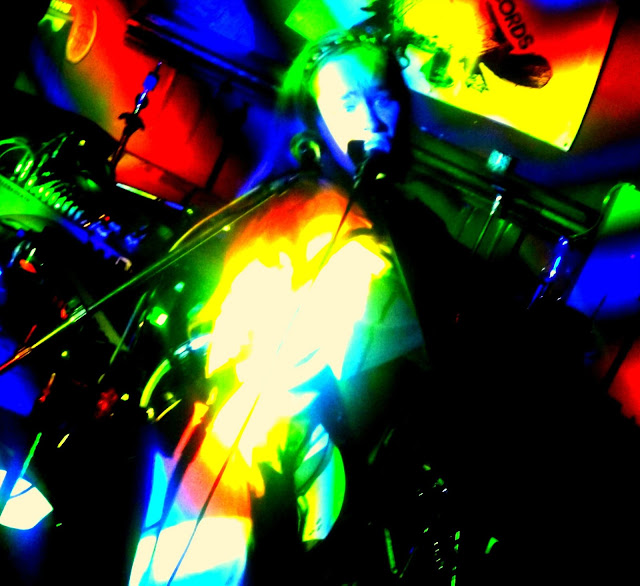 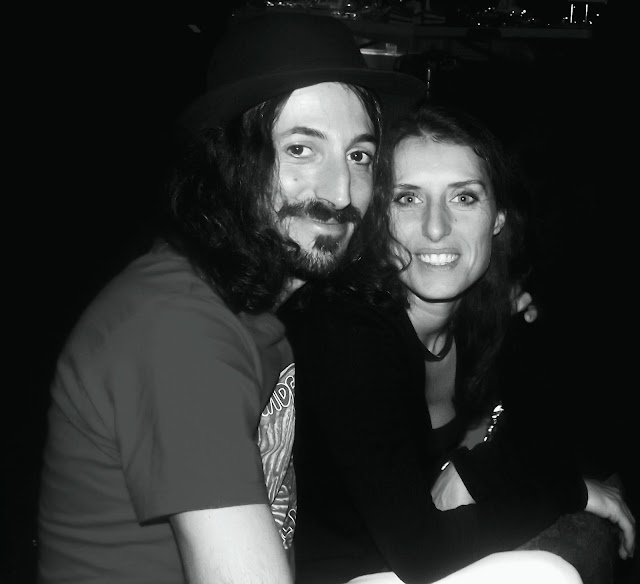 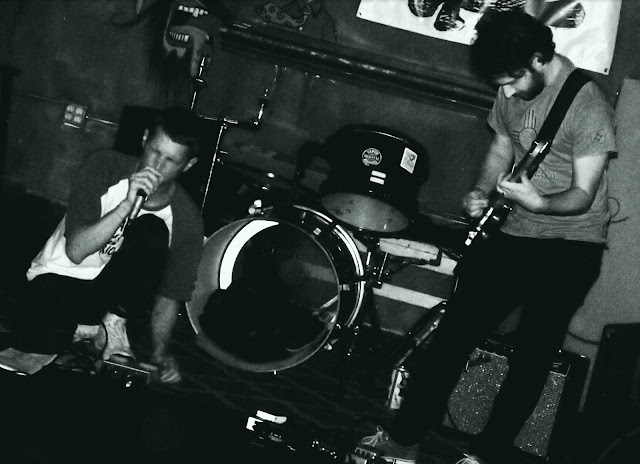 Clary Sage, Among The Rocks And Roots, Human Services At Elixia in Norfolk VA 12/1/16

A great evening of experimental madness in Norfolk. Clary Sage has quickly become my favorite local noise artist, while Richmond's Amoung The Rocks And Roots offered up an eclectic mix of drones and percussive sounds that reminded me of Crash Worship merged with The Melvins. Human Services opened the evening with a frantic set of psychedelic experimental noise improve that also included some interesting gifts for the audience. A Great night indeed. 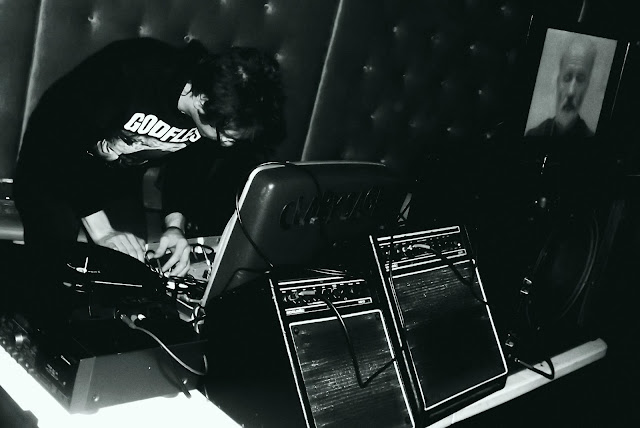 My band Last Remaining Pinnacle played this show too but I was so inspired by the other three performers I had to write about this one. Each project offered it's own brand of experimental sound manipulation which made the show very special and Electroganic was the perfect intimate venue for the performances. 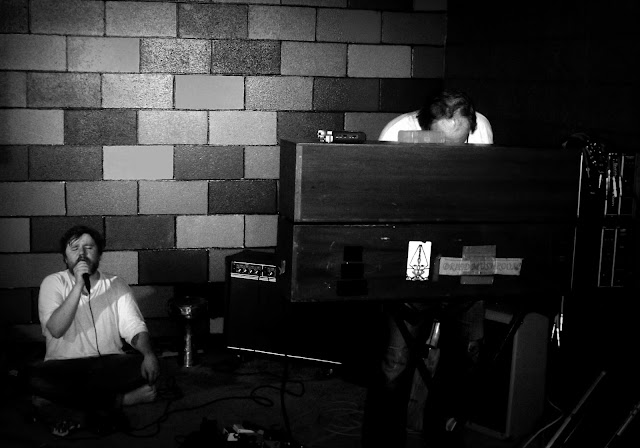 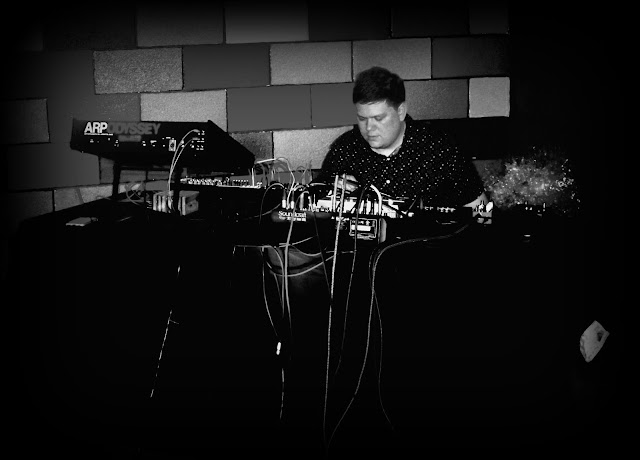 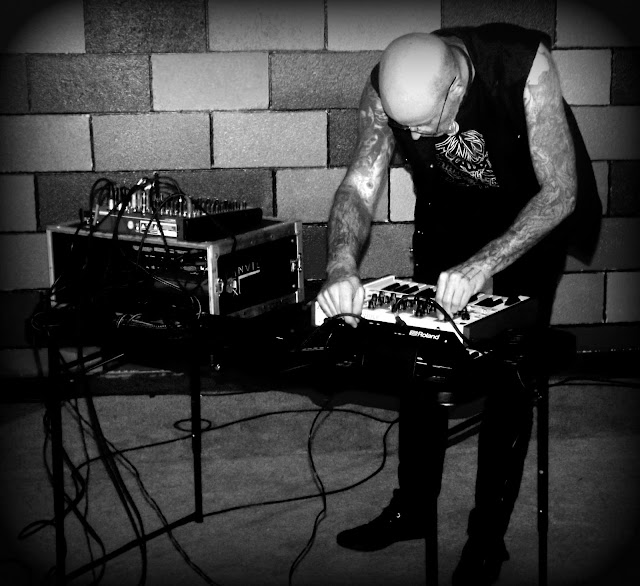 A Deer A Horse, VoirVoir, Neale Downe, Henbrain, The Cyrenaics at Charlie's in Norfolk Virginia 3/12/16

A nice variety of bands on this bill including two of my favorites A Deer A Horse out of NYC and VoirVoir from Bethlehem PA. Norfolk's Neale Downe, Henbrain out of Carrboro, NC, and The Cyrenaics from Richmond VA were great too. Shows at Charlie's are always fun and this was one I won't soon forget. Looking forward to more events there in 2017. 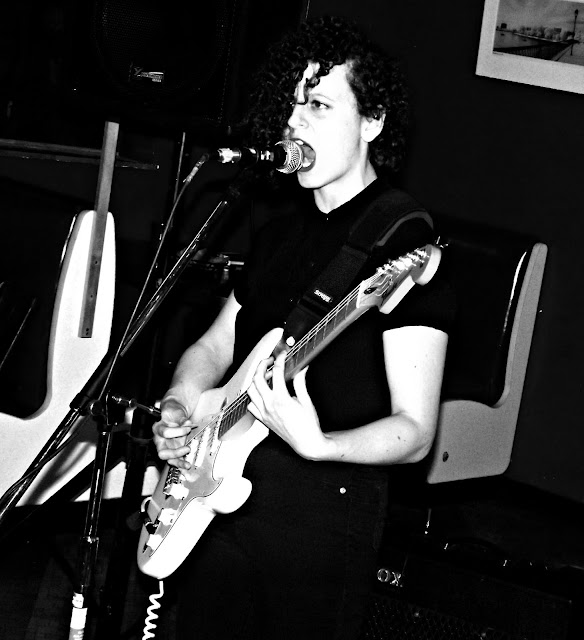 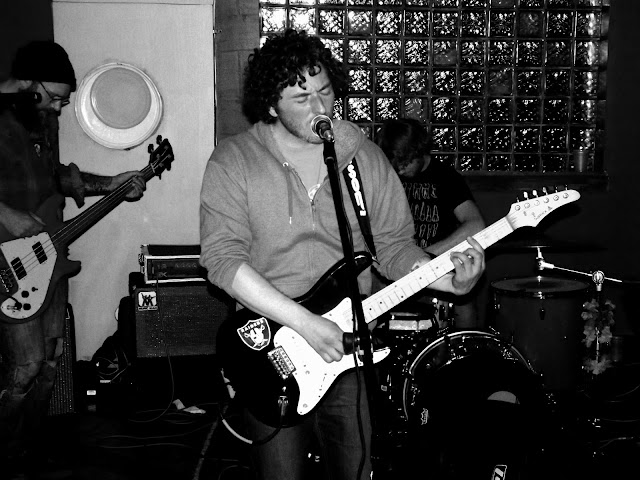 Posted by Custom Made Music at 1:44 PM