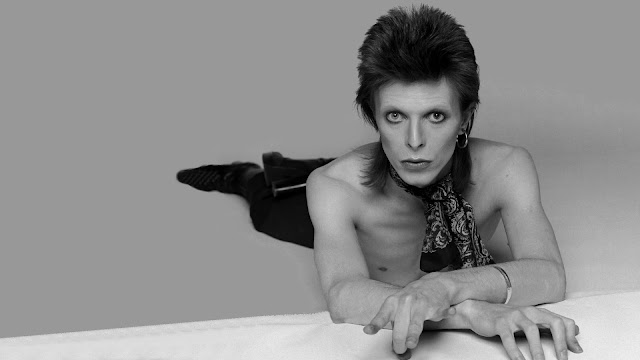 I am deeply saddened about the passing of David Bowie. He was one of the most innovative musicians and artists of all time and his influence and music will live on in our hearts and minds forever. It's hard to put into words how much his music means to me so I have put together a small collection of some of my favorite artists covering classic Bowie songs. I hope you enjoy them as much as i do. "Look up here, I’m in heaven. I’ve got scars that can’t be seen”.... Rest In Peace David Robert Jones.

Beck puts his one of a kind stamp on one of the most infectious and flamboyant tracks of Bowie's career. The pulsating beats, experimental electronics and underlying atmospherics are simply incredible and make it one of the best salutes to the "Thin White Duke" ever made.

From the "Whatever's Cool With Me" E.P. I always feel like J Mascis unique voice adds a haunting element to this classic tune from "Hunky Dory". The song is said to be heavily influenced by both Buddhism and occultism. It also references the magical society Golden Dawn. I revisit this version regularly and it never fails to charm me.

Backed with a swinging beat and more driving bass presence Nico's version of this song from Bowie's legendary "Berlin" period is incredibly comforting and fun. "Hero's" is said to be the most covered song of Bowie's catalog after "Rebel Rebel".

Virginia punk rock n roll maniacs The Candy Snatchers blazed through one of Bowie's most raw and raunchy songs, led by the in your face attack of vocalist Larry May and the buzzsaw flair of guitarist Matthew Odietus. The B-Side to their "Survival Of The Fittest" 7" single released in 2000.

A captivating rendition of the title track from Bowie's 1983 smash album. M Ward brings his gruff yet welcoming stoic stance to this timeless song in fine form.