"Five For Friday" with James Ivey of The Dirty Sun 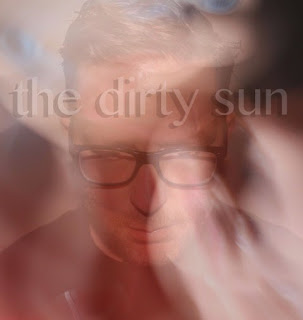 The Dirty Sun is the project of San Diego musician James Ivey. The son of a Nashville musician Ivey grew up surrounded by country musicians. He discovered punk rock in his early teens and and when he discovered Einsturzende Neubaten it changed his total outlook on music. His dark post punk compositions are full of haunting tones, cold electronic beats and walls of distorted guitars. James shares some of his favorite songs with us in this weeks edition of "Five For Friday" but first enjoy the video for his track "Open Door".

Scraps is Laura Hill, a one woman band from Brisbane Australia. Her songs consist mostly of old cheap Yamaha Portasound keyboards and a cheap drum machine for beats. Many of her songs sound like the internal drum machine on the Portasound. I fell in love with her music instantly. Cheap, dated keyboards, basic beats, an awesome voice, great songs. Minimalism at it’s finest.

The KVB is the audio/visual project of Klaus Von Barrel & Kat Day, based in London. Combining shoegaze guitars, minimal synth melodies, hypnotic drum machine beats and reverb drenched vocals with abstract imagery while playing live. What’s not to like?

When I first heard Einsturzende Neubaten my initial thought was- “what the hell is this?” After getting to know more about the band they changed the way I thought about music and made me question “what exactly is music?” Gathering and building instruments from scrapyards, stealing metal to turn into instruments from construction sites, touring and finding their instruments in scrap yards in each town because they were too heavy and bulky to take with them in a van, throwing molotov cocktails at their audience, utilizing air and styrofoam peanuts live, electrified wires, saws, springs, and somehow turning many of their songs into a beautiful masterpiece, and many other songs into chaotic noise. Nagorny Karabach Live is a prime example of Neubaten at their best.

Chad VanGaalen is a musician, producer, and visual artist from Calgary Canada. "Clinically Dead” was the first song I ever heard from him and it hit all of the things in my brain I love about music. Chad makes videos for all sorts of bands including his own, records everything himself on an old TASCAM 388, and has produced a bunch of other people’s records including another band I love from Canada, “Women”.

Primary Colors in my opinion is the greatest shoegazy album ever made. There, I said it. I love My Bloody Valentine and Kevin Shields obviously had an impact on the sound of this album. Throughout the album there are swirling pitch bent guitars and pitch bent organs that remind me of music you would here on "The Munsters” if they had an organ player on acid. The Horrors have one of the best rhythm sections in music today, in my opinion, in addition to a guitar player who makes his own effect pedals, a very creative keyboardist, and one of the best voices in music today. “Mirror’s Image” is one of my favorite songs from this album.

Posted by Custom Made Music at 8:34 AM