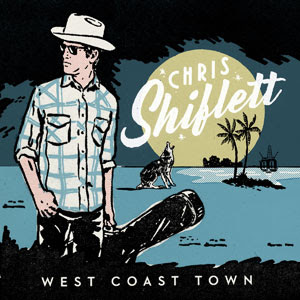 "West Coast Town" the third solo album from Foo Fighters/Me First & The Gimme Gimmes guitarist Chris Shiflett is made up of ten straight forward country punk numbers that blend the stellar production of Nashville mastermind Dave Cobb with a roots rock rawness. Big twanging guitars ring throughout opening number "Sticks & Stones" as Shiflett's honest vocal delivery is backed by the flourishing melodies of a comforting pedal steel. The shuffling beat of the title track sets the pace for a lively mood while "Goodnight Little Rock" tells rough tales of life playing music on the road. It's also got an incredibly nasty fuzzed out guitar solo that takes the track to the next level. Things slow down a bit with the love sick sounds of "Room 102" before the energetic "The Girls Already Gone" kick things back into high gear. The album is capped off by the outlaw country stance of "Still Better Days" which serves as a fitting send off to this highly enjoyable release that channels as much of Buck Owens and Waylon Jennings as it does Social Distortion and X. 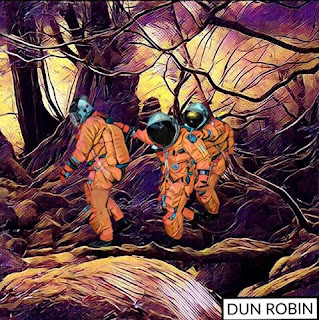 Dun Robin deliver a heavy dose of high energy punk/surf/rock n roll on this self titled E.P. All of the songs have a "Turbo Charged" feel to them that blends raging guitars with well crafted melodies and powerful hooks. From the buzzsaw attack of "Dental Plan" to the driving beat of "Sea Monsters" the band simply never let up. The bluesy swing of "Getaway" adds a nice touch to the mix and makes it one of the standout tracks of the record as it comes off like a blend of "Disraeli Gears" period Cream and mid 90's California pop punk.This is a very fun record that's perfect for hot summer afternoons and cross country road trips. Get into it. 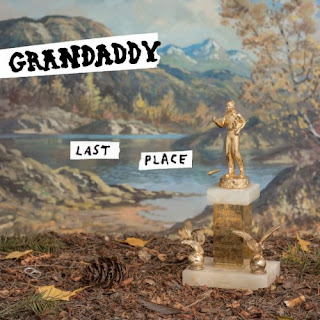 Grandaddy "That's What You Get for Gettin' Outta Bed" Single (grandaddymusic.com)

This new "Video" for Grandaddy's latest single "That's What You Get for Gettin' Outta Bed" is actually a 360-degree VR visual created by Andrew Deutsch and it's absolutely amazing. The track is from the bands new album "Last Place", their fifth overall and first since reforming in 2012. Lyrically inspired by frontman Jason Lytle's divorce, the track like much of the groups material has a somber yet cathartic feel. It's gentle, gloomy and intense and it emits more emotion in three minutes and thirty five seconds than most artists produce over the coarse of an entire album. Highly recommended. 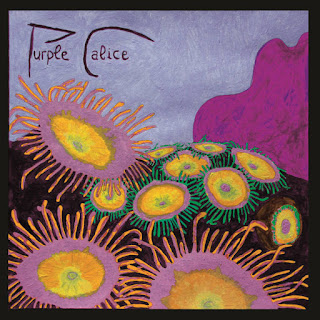 There's an inviting uniqueness to this debut E.P. from Paris based indie rock unit Purple Calice. The airy almost mystical vibe that flows through these jangling indie pop songs brings to mind classic Stiff Records artists like Nick Lowe and Dave Edmunds. The uplifting choruses of "On Our Way" and "Before It Burns" give the band a clever, fun and inspiring energy that plays off more swagger filled tracks like "It Came To Me". The band would also have fit in perfectly during the early days of CBGB and Max's Kansas City as their quirky, guitar sound and art rock tendencies would have made them the perfect match on a bill alongside Talking Heads and Pere Ubu. "Vauclair & Tourtel" is a highly original record full of catchy and memorable riffs that really give off the feeling of a band "being a band". Backed by a pulsating beat and a striking guitar melody Spoon hit big on this new single from their brand new album of the same name. The spacey almost futuristic vocals are complimented by a subtle piece of background percussion that reminds me of one of the sounds from RUN DMC's "Peter Piper"/Bob James "Take Me To The Mardi Gras". It really shows how the band continues to expand their sound with each release and keep things fresh. "Hot Thoughts" is out now courtesy of Matador Records and the band are on a world wide tour that continues throughout the rest of the year. 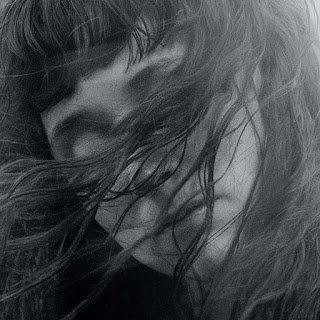 I can't get enough of this new track from Katie Crutchfield's Waxahatchee. It's one of the most infectious songs I've heard in a long time as the rich, melodic guitars and Crutchfield's voice are truly delightful. Reflecting on the song Katie says “It’s about self-examination and the different shapes that takes, good and bad. I wanted it to be abstract and poetic, but I also wanted to align it with the other songs on the album, since they’re all so connected lyrically.” The track is from Waxahatchee's upcoming album "Out in the Storm", which will be available July 14 via Merge Records.

Posted by Custom Made Music at 3:26 PM